WELL, I AM IMPRESSED. AFGHANISTAN IS ONE OF THE WORLD'S PREMIER MILITARY POWERS AFTER ALL. THE GUY WITH THE POP GUN TOLD ME.


US AIR SUPREMACY ALLOWS ROUND THE CLOCK BOMBING

Attacks on Afghanistan's air defences and military aircraft have been so successful that American planes are now free to bomb 24 hours a day, according US Defence Secretary Donald Rumsfeld.

Mr Rumsfeld was speaking as a third night of attacks by US bombers, cruise missiles and strike aircraft got under way.

British involvement in the third night was limited to RAF tankers refuelling US planes in mid-air, said the Ministry of Defence.

The first waves of strikes earlier this week took place under cover of darkness, to protect planes from anti-aircraft fire, but the US Defence Secretary said this was no longer necessary.

Speaking at a Pentagon press conference at which the first official pictures of the damage caused by raids on Sunday and Monday were shown, Mr Rumsfeld said: "We will be able to run airstrikes round the clock as we wish."

And America's senior military officer, General Richard Myers, said US forces were now confident they have control of Afghan air space: "We feel like we have essentially air supremacy over Afghanistan now." 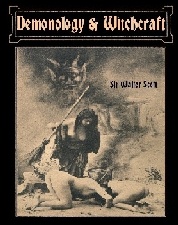