Americans told to SHUT UP!!!

[This is the same Airhead Fleischer that LIED to the American public that terrorists were aiming at The White House, Air Force One, and the President on Sept 11. Even arch enemy number 1, bin Laden, wouldn't waste a bullet there.]

"In this time of national crisis, a time when our most cherished freedoms are threatened, all Americans-not just outspoken talk-show hosts like Bill Maher-must watch what they say," White House press secretary Ari Fleischer told reporters. "Now more than ever, if we want to protect democracy for future generations, it is vital that nobody speak out about the issues of the day."

[Heil, Heil Fleischer - the 4th Reich - rally round the flag -- which one? Gold Fringed or Skull and Bones -- personally I don't give a hoot about democracy --- democracy is MOB RULE and I challenge Airhead to show one shred of proof that the Articles or the Constitution ever installed democracy -- All I can find is a republic form of government? Even the so-called pledge of allegiance is to a republic and not a democracy.]

"We must all do our patriotic duty to protect our country's great ideals," Fleischer continued, "and we have to be careful about what opinions we express if we are to defend our Constitution, a sacred document behind which all Americans must stand united as one."

[By destroying the First Amendment? Constitutional encroachment is treason! Unless Airhead Flyswatter wants to really tell the truth and admit that the American citizens are under marshall law and have been ever since 1861. Even Airhead's false religion to a piece of paper and a piece of cloth is appalling and abhorrent. ]

Fleischer's sentiments echoed those of many executive-branch officials, who, in the wake of the Sept. 11 attacks, have called for broad-based limitations on civil liberties-and urged all patriotic, freedom-loving citizens to support those restrictions-in defense of the American way of life.

[Airhead Fleischer must be reminded that he/she/it/rept does not hold an elective office and therefor any and all opinions from Airhead receive less of my attention than the local dog-catcher, who at least lawfully earns his taxpayer dollars. Can anyone find a federal job in the constitution called 'white house lying mouthpiece'?]

"We live in a land governed by plurality of opinion in an open electorate, but we are now under siege by adherents of a fundamentalist, totalitarian belief system that tolerates no dissent," Attorney General John Ashcroft said."

[Do YOU think he's talking about ISLAM? Wow, under Canadian law Asscraft could get two years in jail for inciting hatred against an identifiable group of persons.]

"Our most basic American values are threatened by an enemy opposed to everything for which our flag stands. That is why I call upon all Americans to submit to wiretaps, e-mail monitoring, and racial profiling. Now is not the time to allow simplistic, romantic notions of 'civil liberties' and 'equal protection under the law' to get in the way of our battle with the enemies of freedom."

[AGREED! That enemy is the US Government with all its over-educated but illiterate carpet-baggers in illicit power, which has consistently destroyed everything the Articles of Confederation set out to accomplish, particularly since 1861. I think the Bible says bow down to no man -- so I won't be 'submitting' to Asscraft]

In the past, Ashcroft said, efforts by federal agencies to restrict personal freedoms were "severely hampered" by such factors as the judicial system, the Bill Of Rights, and "government by the people." Since the attacks, however, some such limitations have been waived, finally giving the CIA, FBI, Pentagon, and White House the greater powers they need to defend freedom.

[Do you think this might be why the citizens of Virginia FORCED those Bill of Rights on the federal government? The alternative that Asscraft would offer is TOTALITARIAN DICTATORSHIP, which is a government NOT by the people. What do you think of a Constitutional Convention? better yet, how about an Articles of Confederation convention - by the people?]

U.S. Sen. John McCain (R-AZ), who advocated permitting the CIA to engage in various illegal activities during a recent Tonight Show With Jay Leno appearance, stressed the importance of not merely submitting to freedom-curtailment policies, but also blindly agreeing with them.

[Sounds a bit like his North Korean controllers have the microphone, eh? Blindly agreeing with the insane US government for the past 150 years is the reason that things are developing to the point of total decay now!]

"Now is not the time for such divisive, destructive things as dialogue and debate," McCain said. "Now is not the time for, 'My opinion is just as valid as yours,' and 'What are my country's leaders doing and why?' and 'I have a question, Mr. President.' Now is the time for one thing and one thing only: The defense of the American democratic ideal. Any and all who disagree with this directive, or who have different ideas about how it should be accomplished, should learn to shut their mouths."

[Let see if I understand this Mr. CAIN --- You want me to shut up -- while you continue to dribble out your goals to install a military monarchy under King Village Idiot.. I think not. I don't listen to sons and relations of terrorists and your relations are Kemper Marly, Al Capone, Mayer Lanskey, Sam Bronfman, -- terrorist mafia]

As the U.S. prepares to mobilize forces against Afghanistan, the military is seeking strong limitations on the press. According to Defense Secretary Donald Rumsfeld, such a Constitution-flouting move would not be unprecedented, citing the suspension of habeas corpus in the Civil War and the order to round up 110,000 Japanese-Americans in detention camps after the bombing of Pearl Harbor.

[Careful Bums, you might let the cat out of the bag.. I told ya, 1861, it's called the Lieber Code - a military set of rules to corral, harrass, and control the people of the United States -- The code installed to forever keep the federal government away from the original republican form of government - and keep the corporate military law in force.]

"Remember, under the oppressive Taliban regime, people live in constant fear of an oppressive order to which all must submit," Rumsfeld said. "Under their system, it is illegal to practice a different religion or support a different political system. It is against the law for women to work or leave their homes without their faces covered. There is no freedom of speech, press, or assembly, as dissent of any kind is not tolerated. It is even forbidden to smile or laugh in public, and all who fail to unquestioningly obey are punished with reprisals of brutal violence. We must not allow such a regime to threaten our great democracy. We must stand for something better than that."

[By the way Bums, this is exactly what you are proposing for the United States, by pretending such rights preposterocities are for our own good. Yea, I did coin a new word. Did you meet the children at Waco, Texas or Ruby Ridge and see how they were 'punished with reprisals of brutal violence'?]

"It is therefore urgent," Rumsfeld continued, "that all Americans be quiet, stop asking questions, accept the orders of authorities, and let us get on with the important work of defending liberty, so that America can continue to be a beacon of freedom to all the world."

[In two words, Bums
HELL NO]

Editorial comments by an American who bothered to read the Constitution, the Articles of Confederation, and Texas vs. White.

This article is a satire.
The Onion at http://www.theonion.com is a SATIRICAL NEWSPAPER 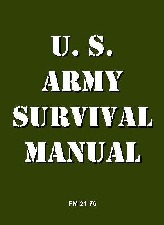