I fear, it will not end well for us

SAN FRANCISCO - Former Green Party Presidential candidate Ralph Nader roundly criticized the Bush Administration's war on terrorism in a speech before an enthusiastic paying audience of approximately 2,500 at the San Francisco Masonic Center last night. Nader called for a democratic debate over the Administration's policies saying, "the mindless bombing of Afghanistan's infrastructure will not end well for Afghanistan and, I fear, it will not end well for us." "We are entitled to ask what this war will cost: what it will cost Afghans, what it will cost our rights and democracy here, and what the huge shift of money into the military and corporate bailouts will cost our domestic programs?"

Nader called for, "sobriety in these moments of impetuousness, restraint, and to move forward under international law to apprehend the criminals." "This is an international crime and we've got to find ways to bring these criminals to justice."

Nader said that, "grief and mourning for the victims must eventually give way to honoring their memory," and quoted a statement by President George W. Bush that the terrorists, "hate our freedoms: our freedom of religion, our freedom to assemble, our freedom of speech, and our freedom to disagree," in justifying the appropriateness of his own remarks. Nader said that the best way to honor the memories of those lost on September 11th was to exercise and defend our democratic freedoms and to, "make sure our government doesn't slaughter the lives of hundreds of innocent people."

Nader charged that, "thought police in Washington dismiss all critical analysis a as justifying the terrorist attack," calling for a rejection of that notion while describing the terrorists' act as, "criminal butchery, a massacre more than an attack, and with no justification". He urged the audience to, "never allow Washington to tell you to shut up, get in line, and waive the flag." "Never let them take your flag away from you." Nader urged the audience to think for themselves, to not inhibit what they have to say, and asked, "how many times have we been told that they were dropping bombs only on military targets?" Nader concluded that there was no such thing as limiting bombing to only military targets and that, "we are not going to be able to bomb our way to a solution of this problem."

Nader described the Administration's rationale for the bombing as "cheap propaganda", which is, "going to get more rancid and grim." "U.S. attacks on Afghanistan will spread more hatred of our country and our allies." He also worried that 7.5 million Afghans face starvation this winter, which he said was only four weeks away in Afghanistan, while the U.S. has dropped only "135,000 snacks."

Quoting approvingly Secretary of Defense Donald Rumsfeld's assertion that, "poverty, disease, and illiteracy are breeding grounds for tolerance of terrorism," Nader proposed a profound reorientation of U.S. foreign policy to support democratic forces and to, "side with the millions and millions of workers and peasants rather than with dictators and oligarches." He proposed a, "balanced approach to resolving the Israeli-Palestinian conflict," and an end to economic sanctions against Iraq which he said was taking the lives of 5,000 Iraqi children a month. "You do not destabilize a dictator by destroying the lives of innocent children and adults," said Nader.

Nader also called for a renewed defense of civil liberties, opposition to unwarranted curtailment of them, and reform of intelligence agencies, including making them "leaner and more efficient" by reducing their bloated budgets and bureaucracies.

The focus of speech was a major departure from the usual agenda of the longtime consumer activist who usually sticks closely to themes concerning how corporations have gained too much power and are subverting democracy. Nader did draw a connection to those themes, noting that corporations are taking advantage of the tragedy of September 11 for their own greedy purposes. He pointed to corporate lobbying for government bailouts, even by industries in trouble long before the terrorist attacks, for the limiting of regulations, including the opening up of the Alaskan Arctic reserve, and opposing benefits for workers who are losing their jobs.

The event was billed as a "People Have the Power" rally in support of San Francisco ballot initiatives for a Municipal Utility District, which would create public control of power in response to California's failed electricity deregulation. Nader, and numerous speakers before him, called for volunteers for a grassroots campaign which could overwhelm the big money being spent by Pacific Gas & Electric to defeat the initiatives. However, Nader and other speakers clearly felt compelled to address the war. The event was also organized as part of a series of "super rallies" being held around the country by Nader's new Democracy Rising campaign.

This article was electronically published at http://www.indymedia.com

Sent in by K 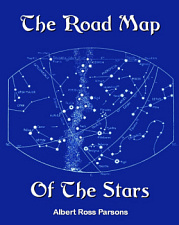