ATLANTA, Georgia (CNN) -- The airport security company that was embarrassed when a man slipped by a screening area at the Chicago airport last weekend with knives and a stun gun appointed a new chief executive Friday and implemented new "zero tolerance" security measures.

Argenbright Security did not say the shakeup was related to the incident at O'Hare International Airport, but the new CEO -- Gulf War veteran David Beaton -- moved immediately to restructure the management team and put into place "a range of substantial and immediate measures to ensure Argenbright meets and exceeds the public's and administration's heightened security expectations."

The changes also come at a time when legislators are considering federalizing security workers at airports.

Beaton, who had served for eight years as an executive of Argenbright's parent company Securicor, was named CEO effective immediately.

"My clear intention is to substantially reshape and restructure the company," he said in a statement. "We believe these measures will bring immediate accountability and stricter standards to Argenbright."

The company did not say how many executives could be replaced as part of the restructuring. However, Argenbright said its founder and chairman, Frank Argenbright Jr., will be retiring.

Among the security changes:

-- A second X-ray scanner will be placed at each checkpoint.

-- Any bag containing a non-transparent item will be searched.

-- If a prohibited item is found, law enforcement will be called in.

-- "Zero tolerance" policy in effect for all employees. All 7,000 Argenbright screeners will undergo new background checks and fingerprints.

-- Any employee who does not follow the new security standards will be fired. -- Argenbright will seek to block the hiring of any employee who "has committed a felony of any kind."

-- The majority of employees will receive a significant pay raise to make the jobs more competitive with other security jobs.

Beaton said he has informed Transportation Secretary Norman Mineta that Argenbright wants to implement the security changes at airports nationwide and has asked for the agency's "support to achieve a rapid deployment."

"We will need the support of DOT to introduce a number of these initiatives, but as these measures are in line with Secretary Mineta's recent statements, we are hopeful that this will be forthcoming," Beaton said.

Last weekend, Subash Gurung, 27, who said he was from Nepal, managed to pass through a security checkpoint at O'Hare with seven knives, a stun gun and a box labeled "tear gas" in his carry-on luggage. Two other knives on him were confiscated at the checkpoint. The bag was searched at the gate, shortly before he was to board the plane.

Gurung is being held without bond on a federal charge of attempting to carry a weapon on an aircraft. If convicted, he would face a maximum of 10 years in prison and a $250,000 fine.

Three Argenbright security workers, including a supervisor, were fired as a result. Another employee, an X-ray screener, resigned. Four other employees were suspended, but later reinstated with the company.

Argenbright also has been under a federal investigation for allowing untrained employees -- some with criminal backgrounds -- to operate airport checkpoints. 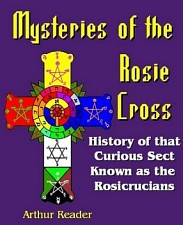