WASHINGTON (November 9, 2001 1:06 p.m. EST) - The Bush administration has rescinded a Clinton-era rule that would have made it easier for tribes to restore lost land to reservations.

Neal McCaleb, assistant interior secretary for Indian affairs, said parts of the rule were unclear, and the rule lacked processing standards. Because it was impractical to rescind only part of the rule, he said, the new administration will build a new rule from scratch.

The rule was opposed by municipalities and state attorneys general and governors who complained that, because the tribes wouldn't have to pay taxes on the land, it could erode their tax base. There also were concerns that the tribes could build casinos or low-income housing on the land.

"All along we have recognized that a balance must be struck between the needs of the tribes to acquire land ... and the concerns of those governments, communities and individuals who are affected by land-into-trust requests," McCaleb said.

A notice of the rule's withdrawal was published Friday in the Federal Register.

Actions by the federal government in the late 19th and early 20th century removed about two-thirds of tribal land from their reservations. Now, through economic development - much of it driven by casinos - the tribes are seeking to buy back that land and restore the original reservation.

The Clinton administration established a rule that would have set deadlines and streamlined the process for the Bureau of Indian Affairs to rule on a tribe's application to restore land to a reservation - a process that can now take years.

Ron Allen, vice president of the National Congress of American Indians, said the demise of the rule was disappointing.

When the Bush administration took office, it postponed implementation of hundreds of Clinton-era decisions and rules, including the Indian land rule, for further review. 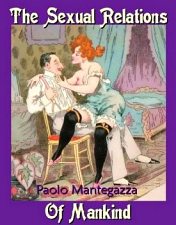