Abu Dhabi - The US has not yet made any review of its foreign policy in light of the September 11 attacks on New York and Washington, the UAE press reported today.

The newspapers said that Washington is still backing Israel's genocidal war against the Palestinian people and adopting double standard policies towards many global issues. "High hopes for a possible qualitative shift by Washington to rein in Israeli aggression against the Palestinian people and press Tel Aviv to accept international legitimacy resolutions were dashed by US' reluctance to review its foreign policy," wrote the Sharjah-based "Al Khaleej".

These hopes followed divulged information that the US is about to float an initiative on peace in the Middle East peace and vague statements by US officials about a Palestinian state.

"But, US President George W. Bush's statements have signaled that no change is expected in the US' Mideast policy especially towards Israel," the paper said, adding that Bush was insisting to win the war against terrorism in Afghanistan." By refusing to ensure success of efforts to make peace in the Middle East, Bush also balked to make a link between terrorism the US is fighting in Afghanistan now and that exercised by Israel against the Palestinian people.

In fact, Bush is also applying double standard policy towards terrorism and denting hopes for putting an end to Israel's terrorism," the paper noted. The paper said that Washington inclusion of Palestinian and Lebanese national resistance movements in the US terror list had underlined anew that Israel is strategic ally to the US.

" The US has made Israel a major partner in its coalition against terrorism. By this step, the US has given a free hand to Israel's terrorism against the Palestinian people and kept Israel as a reserve force to be used in emergency if it decided to expand its war range to hit Arab countries.

"Bush insistence to win the Afghan war without making progress in the Middle East peace process was a clear message which did not need explanation," the paper concluded.

Al Bayan of Dubai said that the US did not care about the Middle East issues despite its support for a Palestinian state and its plan to launch a new peace initiative at the UN general assembly meeting in the next few days. Reports leaked by British press said that British Prime Minister Tony Blair had urged Bush to throw heavy weight on the Middle East file in order to reach a peace agreement.

But, Bush, the paper said, had depressed hopes in regards to US peace efforts when he told a joint news conference with Blair that 'war in Afghanistan would be won whether ongoing efforts to make peace in the Middle East succeeded or not." This means that peace in the Middle East has no top priority on Bush's agenda although the Palestinian people were subjecting to continued Zionist terrorism," the paper stressed.

The paper said that Bush's statements were disappointing and inappropriate from the Arab point of view and principles of international justice." It is regrettable the statements have come at a time when Arab countries were extending substantial support and assistance to the US-led coalition against terrorism.

It is time for the American president to be more specific about methods the global coalition of allies against terror will use in the war in Afghanistan, the Gulf News reported.

The American forces have led the way with vigorous bombing campaigns for some weeks and there have been some shadowy action by special forces which have never really been made public. After some weeks of this, the war has moved into a new phase with territory changing hands in the north of Afghanistan as the forces of the Northern Alliance (with their new allies) start to advance.

Several other countries have been reported as getting ready for action, with a few thousand troops from several European countries in training. "The question is what are they going to do? And who else is getting ready? It is perfectly correct not to tell the public too much about conduct of a war, since if the public know the plans, the other side will too.

"But an important part of this war against terror is to keep public opinion on side and that requires knowledge. The Arab world and the Muslim world have lined up with the Nato countries to support the action against Osama bin Laden and the Taliban who have harboured him and his organisation, the paper said.

The universal condemnation of terror and the horrible acts of September 11 are the under pinning of the coalition against terror, and it remains as strong now as it did in the immediate aftermath of the thousands of deaths in New York. "This support is not conditional but it merits the respect of the military leadership of the alliance, who should feel able to explain what they plan to do to the supporters of action in Afghanistan.

It is time to make clear to the Western and Middle Eastern public how the American administration thinks the war is going, and give more than the dry military appraisal which is becoming the daily report, the paper added. "The long term success of the war will be both on the ground and in the minds of millions of people who have never even been to Afghanistan. 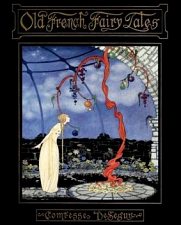