Boy George can accuse anyone who pisses him off

I've just read in the paper Thurs/15/Nov (The Independent I'm afraid David) coincidentally bought the same time that I read of it's Illuminated owner!

Andrew Gumbel reports from L.A. that Bush baby has announced another predictable load of poop.Namely;

a.. .Any non-citizen of US accused of terrorist activity will face trial by military courts world-wide with no legal protection. Watch out world

This means Boy George can accuse anyone who pisses him off as a terrorist,have em banged up in army jails with no right of appeal to any civil court world-wide.And if found guilty of serious offences would be summarily executed.Civil liberty groups warn that the definition of those subject to military court was too broad and open to abuse.(suprise suprise)They also questioned whether such a court could stand up to constitutional scrutiny.

The director of the Washington office of the American Civil Liberties Union,Laura Murphy, said "The order is deeply disturbing and further evidence of this administrations total unwillingness to abide by the checks and balances that are so central to our democracy."

This is just one of several measures that have led critics to accuse Bush of going far beyond the needs of the currant crisis to launch a full scale assault on America's basic civil liberties.

b.. A law passed last month allows for increased surveillance/detention including the power to hold non citizens indefinitely on (trumped-up) immigration-related offences without having to justify their decisions before a judge.Last week John Ashcroft (attorney General) said he was reserving the right to eavesdrop on conversations with detainees and their lawyers and this week announced that the FBI were rounding up 5000 foreign nationals for questioning on terror related issues,even though they are not suspected of any criminal offence.!!

"This list, which seems to be based on age, gender and national origin, smacks of racial profiling"say the Arab American Anti-discrimination Committee.

"Boy am I feeling safer now, thanks George your the greatest since... Uncle Charlemange......honest you are.....Love Ya Baby who/whatever you are...."

By the way I wrote to my local MP Ben Bradshaw to beg him to get the last two books by David as I hope he might be of some help considering his position in the foreign office, I await his reply in Ernest .....Hope to talk again soon 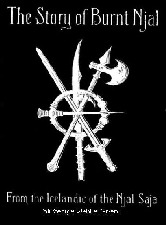