Laura Bush, the wife of the United States president George Bush, has used her husband's weekly radio address to rally support against the Taleban.

Mrs Bush said she wanted to launch a worldwide effort to highlight what she called the Taleban's "brutal oppression" of women.

Now then.. would this be the same Taleban that the U.S. funded, supported and installed in Afghanistan, along with a one Mr.CIA TRAINED Osama Bin Laden? Are not these power figures in Afghanistan of the same ilk as the 'new' puppet regime you and hubby intend to CONTROL? Perhaps you only want to highlight this 'brutal oppression' so no one pays attention to the BUSH-CHENEY OIL INTERESTS there. Why was this never an issue in the past ten years, until you decided to bomb these poor women, kill their children and make them homeless, (just in time for winter) and open up an OIL opportunity too. Mr. Kissinger would be proud of you and hubby.

She is the first wife of a president to deliver the whole of the weekly radio address, and correspondents say that up until now she has played a low-key role, in contrast to her predecessor Hillary Clinton.

The campaign is designed to ensure that women's rights are a top priority for any new government that emerges in Afghanistan.

Yea right, just like it was the top priority for the U.S. in Iraq, Yugoslavia, Vietnam, Korea, Sudan, Grenada, Panama, and countless other nations we have inflicted with U.S. terror campaigns, and at the same time IGNORING such abuse in those OIL FRIENDLY nations like Saudi Arabia, Kuwait, Turkey, ad nauseum.

The wife of the British prime minister, Cherie Blair, is due to continue the theme within the next few days.

NOT TRUE.. the Christian Church (which you belong to) did exactly the same and worse for hundreds of years.. If you repeat that word 'terrorists' a few more times you might get a few more to believe this crock. I KNOW for a fact that it is NOT only 'the terrorists' and the Taleban guilty of this.

"The plight of women and children in Afghanistan is a matter of deliberate human cruelty carried out by those who seek to intimidate and control," she added.

And it is the plight of women and children in Iraq who are starved, maimed, and killed by a matter of deliberate REPTILIAN cruelty carried out by those U.S. PRESIDENTS & U.K. PRIME MINISTERS who seek to intimidate and control!

The Taleban regime "is now in retreat across much of the country, and the people of Afghanistan, especially women, are rejoicing," Mrs Bush said.

Yes, and countless hundreds of thousands of American women are denied education due to the low wages versus HIGH COSTS of education, while the U.S. spends countless billions protecting the OIL and CIA DRUG routes... ask Manuel Noriega.

"Afghan women know, through hard experience, what the rest of the world is discovering: The brutal oppression of women is a central goal of the terrorists."

Now this is a new slant on terrorism... but it was the oppression of a woman and child that brought in the terrorists in at Ruby Ridge -- and it was the oppression of women that dictated their being massacred, burned to death in an act of genocide at Mount Carmel, Texas by American Extremist terrorists. Forgive me, but I thought they were oppressing women years before they became "the terrorists" (with U.S. suupport) and I really don't think that it's their primary goal.

According to a report from the US State Department since taking Afghanistan's capital Kabul in 1996, the Taleban has prohibited schooling for girls over age 8, shut down the women's university, and forced women to quit their jobs.

In the U.S. we use the kinder phraseology of 'lay-offs' -- women weren't forced to quit over here.. they were given the boot.

The Taleban also restricted access to medical care for women and limited the ability of women to move about freely, the report said.

And you being a Methodist alumni, should know that this type of inhuman atrocity is done daily in every city in the United States.. no money -- no medical care -- Just try to check into Methodist Hospital without any money or insurance. Wake up Lady Bush -- you're even beginning to sound like Dubya.

"With one of the world's worst human rights records, the Taleban has perpetrated egregious acts of violence against women, including rape, abduction and forced marriage," the report said.

Sorry but I can't see the difference between the Taleban here and the ATF, CIA, FBI and many so-called servants in the government. There are JUDGES in FORT WORTH, TEXAS guilty of these crimes against humanity! Read Trance-formation of America or watch Mind Control-Out of Control.

But Amnesty International has said that the US-aided Northern Alliance and other Afghan opposition groups also have committed "heinous abuses" against women.

Like Mr. Icke stated, "MAN WITH BEARD AND STRICT VIEWS ON ISLAM SEEKS TO REPLACE MAN WITH A BEARD AND STRICT RULES ON ISLAM." --- Just more of the same. All any Afghan woman has to do to see their future--- is visit Iraq.

Mrs Bush was keen to emphasise that her address was not aimed at Muslim nations as a whole.

I don't see those guys bombing any other flavor!

Correspondents say that Mrs Bush's more prominent official role reflects the White House view that while the military campaign seems to be going largely according to plan, the battle for public opinion in the US still has yet to be won.

Hopefully, millions of humans, like those visiting this site, simply don't believe you, and they see through these lies. 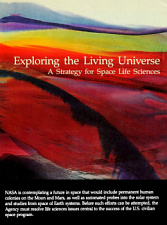