Terrorize the Poor,
Subsidize the Rich
By Tom Turnipseed

Haziza, a 12 year old girl from Kabul, Afghanistan, helped find her mother and baby brother dead in the rubble of their home on the first night of the U.S. bombing in early October.

In the N.Y. Times on October 30, from Peshawar, Pakistan, Barry Bearak reports that Haziza said she recalls two still bodies, "their faces crushed and covered with blood." Beneath a numbingly depressing sub-head of "Bombs, death, flight, and now a new life in squalor," Bearak relates how Haziza now lives with her father and older brother in "the wretchedness of ...one of Peshawar's many squatter camps that teem with Afghan refugees" who have fled the bombing of their homeland. "Haziza sleeps on the dank concrete of their single room,...Around them is poverty's familiar cavalcade--naked children wallowing in the mud, grown men despairing in idleness, chickens foraging in garbage heaps, sewage odors spoiling each breeze."

Hugh Pope of the Wall Street Journal reports on October 30 from the Makaki refugee camp in Afghanistan about the refugees who have little sympathy for the Taliban. However, a refugee named Abdulaziz, who arrived yesterday with six families of relatives after 20 days on the move, said, "We don't believe in America, the people are the target. For every two Taliban they kill, they kill 20 of us. The Taliban have plenty to eat,...but the people go hungry."

Back in America, poor people are also going hungry. USA Today's cover story for its October 30 edition carries headings proclaiming "Tough times for laid-off, low-income workers," "After attacks, the jobless rate climbs, and assistance is harder to come by for the working poor" and "Unemployment claims at 10-year high." The story reports that unemployment was up from 5.5 million in September 2000 to 7 million in September 2001.

With more than 350,000 jobs lost since September 11, economists are predicting that as many as 1.5 million more jobs might be lost in the next three quarters. This will sorely test the efficacy of the 1996 "welfare reform" as some welfare recipients are becoming ineligible as businesses are laying off folks.

Some states have even reduced the 5-year lifetime cap on how long folks can receive welfare. Social service support agencies like food banks have been strained due to donations to special emergency relief funds for September 11.

Professionals have been losing their jobs and unskilled workers are at a disadvantage in vying for jobs with them. Unfortunately, unemployment benefits are woefully inadequate with most of them being below the poverty level. Fewer than 40% of jobless Americans received unemployment benefits last year.

The Wall Street Journal reports that according to the Bureau of Labor Statistics, big corporations laid off 117,000 workers last month after September 11. While poor and working class people are being laid off by big corporations and neglected by government, the U.S. House of Representatives gave huge tax breaks to big business at the expense of fired workers in the economic "stimulus" bill they passed last week.

The $100 billion bill is mainly a big corporate tax boondoggle that would speed up depreciation schedules for businesses and repeal the corporate alternative minimum tax that has required corporations with heavy deductions and tax breaks to pay at least some federal income tax.

Commenting on the 216-214, mostly party-line vote, House Minority Leader Dick Gephardt said, "This bill is a giant tax giveaway to the largest corporations" and that "The workers who have lost their jobs get crumbs from this bill." Others said the Republicans were rewarding their largest donors.

This piece of trickle-down federal government largesse for the rich now goes to the U.S. Senate where, hopefully, the bill will be amended to cut back on the big breaks for the corporations and concentrate more on increasing unemployment benefits and subsidizing health care coverage for unemployed workers. South Carolina Congressman Lindsey Graham voted for the corporate giveaway and he will be endorsed on Thursday by retiring Strom Thurmond to take Thurmond's seat in the Senate.

South Carolina is a bottom tier state in per capita income and is facing rising unemployment, declining tax revenues, and budget cuts that will affect such vital services as health care for the poor and public education. Graham has already raised more than $2,000,000.00 for his campaign for the U.S. Senate with much of it coming from the big corporate interests who will benefit the most from the stimulus package.

I wonder what would happen if some poor, laid-off workers from South Carolina or raggedly refugees from Afghanistan showed up to dine at the $1,000.00-per-head luncheon of the Republican Senatorial Committee where Graham will receive the blessing of Strom Thurmond to take his fabled seat in that august body? 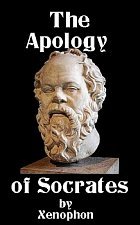