December 2, 2001 -- LITTLE wonder the National Transportation Safety Board has bleated for help from NASA to help them out in the tragic crash of American Airlines Flight 587. The NTSB has shown in the past that it is run by a bunch of bumbling bureaucrats who couldn't find a needle in a thimble.

Here they were with 265 dead, and God knows how many mourners, giving us this claptrap that the tail fell off mysteriously.

"No tail fell off, not before the explosion. I swear to that," said retired firefighter Tom Lynch, who was doing his exercise march along Rockaway Beach Boulevard on Nov. 12.

"I had my head up taking in that beautiful, clear day and was staring straight at the plane.

"It made a bank turn and suddenly there was an explosion, orange and black, on the righthand side of the fuselage. It was a small explosion, about half the size of a car.

"The plane kept on going straight for about two or three seconds as if nothing had happened, then ‘vwoof' - the second, big explosion on the right wing, orange and black.

"It was only then that the plane fell apart. It was after the explosion and I'm telling you, the tail was there until the second explosion."

Lynch, who lives near the crash site in Belle Harbor, claims he has 13 people who saw the plane on fire before the breakup. Until the explosion the tail was intact.

"I got no response from anyone," said Lynch, "Sabotage? That's for other people to decide. At first, we hear there were seagulls in the engine, the plane was caught in a jet stream and the tail fell off. No damn tail fell off until after the second explosion."

Jim Conrad, who retired last month as a police lieutenant after 34 years, accidentally met Lynch in a dentist's office one week after the crash.

"I saw exactly what Tom saw. I was near a stop light at the Marine Parkway Bridge. First, the small explosion. The plane kept on going, tail intact, then the big explosion and the plane nose-dived. The first thing I said was: ‘The bastards did it again.'"

For the NTSB to seriously speculate that the bloody tail fell off in the face of so much evidence that it didn't happen is arrogant and treating us all like a bunch of morons.

But NTSB spokesman Ted Lopatkiewicz said: "We don't have any evidence of an explosion [after searching] the wreckage or from the cockpit recorder. It doesn't mean it didn't happen." 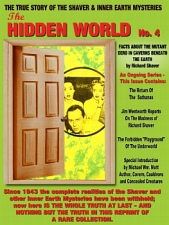