IF YOU ARE AMERICAN AND YOU HAVE NEVER HEARD OF FISA...
IT IS TIME YOU DID.
IT IS TIME EVERYONE DID.

Secretive U.S. court may add to power
Bush wants to use terrorism panel in criminal probes

Cloaked in secrecy and unknown to most Americans, a seven-judge court has been busy in a sealed room at the U.S. Justice Department approving "black bag" searches, wiretaps and the bugging of homes in the interests of national security.

The court, which has been operating for more than 20 years, has approved more than 10,000 government applications for clandestine searches and surveillance of foreigners, immigrants and U.S. citizens -- and only one request has ever been denied.

In its anti-terrorism proposals, the Bush administration is asking Congress for a broad expansion of the enormous powers already granted to the executive branch under the 1978 Foreign Intelligence Surveillance Act, or FISA, which would allow it to bring a wider array of cases before the special court.

Currently, the government is limited to using the act for the narrow purpose of gathering foreign or terrorist intelligence. The proposed change, according to experts, would permit the government to use FISA for criminal investigations as well.

That request has raised serious privacy and civil liberty concerns.

"There was already concern about the drift toward using the law beyond foreign intelligence gathering," said Jonathan Turley, a law professor at George Washington University who appeared before the FISA court in the 1980s as an attorney for the National Security Agency. "It is so much easier for the government to use the FISA court than go through regular criminal warrant procedures."

For years, the FBI and other U.S. intelligence agencies have used FISA to gather information through phone taps and electronic bugs, all approved by a special panel of federal judges picked by Chief Justice William Rehnquist. President Bill Clinton expanded the law in 1995 to include what is known as "black bag" searches of homes, which are executed while residents are away and without their knowledge.

Because FISA is intended to permit interceptions of foreign or terrorist intelligence and not criminal evidence, the government needs only to show the special court that "probable cause" exists that the target of the requested surveillance is a foreign power or agent, a definition that includes being a member of an international terrorist group.

That is a lower standard than what is required in criminal law, where investigators must show probable cause to believe that a crime is being planned or committed in order to get wiretap or search warrants from a court.

And unlike regular search warrants in criminal cases, which require a target to be notified at some point and given an inventory of any evidence seized, a target of a FISA "order" may never find out that eavesdropping or a search has taken place.

Civil liberty advocates say they fear the government will take advantage of the administration's proposed change and use the pretext of intelligence gathering under FISA to go after other criminal activity, making an end run around the stricter Fourth Amendment protections in criminal law.

But supporters of the change say that the problem now is that any evidence of a crime -- say, the planning of a terrorist attack -- turned up under FISA surveillance might later be ruled inadmissible in a trial, ending the criminal prosecution.

"Back when FISA was first enacted and you caught a spy, you threw him out of the country," said Stewart Baker, who served as NSA general counsel from 1992 to 1994 and is now in private practice in Washington, D.C.

"But more and more now," he said, "criminal activity overlaps with intelligence activity. And if you find evidence of crime during an intelligence surveillance, you want to keep renewing those interception requests to gather more evidence."

Baker said the anti-terrorism bill being debated in the House of Representatives, which contains an amended version of the administration's request, might be a good compromise because it would require that intelligence gathering be the "significant" purpose of FISA investigations. That language, he said, should clear the way for evidence gathered in most surveillance to be used in later criminal prosecutions, without leading to major abuses.

Privacy and civil liberty groups, however, have expressed increasing alarm in recent years about the rising number of government applications to the court. They argue that the total secrecy of the process has eliminated any public accountability to ensure that the process is not being misused.

The number of eavesdropping orders granted by the special court has doubled from 509 in 1993 to more than 1,000 last year. That number is nearly equal to all such warrants granted by the rest of the federal judiciary annually for criminal investigations.

When it was drafted, the 1978 law was intended primarily to uncover espionage activity during the lingering Cold War. But the act also includes as targets any "group engaged in international terrorism or preparation therefor, " a definition that certainly would have encompassed the group involved in the Sept. 11 attacks.

How much of the recent surveillance has been directed at terrorist groups is not known, because all the information surrounding the searches and bugging is sealed -- and the government will not comment on any activities of the court.

But experts such as Baker and Turley, and others familiar with FISA, guess that the government and the court have been working overtime since Sept. 11.

Despite the concerns raised by civil liberty groups, FISA was actually considered something of a victory by these same organizations when it was signed into law by President Jimmy Carter.

At the time, it was viewed as a restraint on the highly publicized abuses in the 1960s and '70s by the FBI, the CIA and the Nixon White House, which had claimed executive branch authority to spy on U.S. citizens without any judicial oversight.

SEVEN JUDGES ON FISA COURT The FISA court is composed of seven federal district judges from different sections of the country selected by the chief justice to serve staggered seven- year terms. The individual judges rotate to Washington every two weeks to sit in a specially secured, windowless conference room on the sixth floor of the Justice Department headquarters to hear the surveillance applications.

Opponents say that with only a single denial in more than 10,000 requests, the judges -- the only curb on any government excesses -- are, in effect, nothing more than a rubber stamp for expanding government power.

But government officials, including the only judge on the court who has commented publicly, say that judicial review has been scrupulous.

Speaking to the American Bar Association in 1997, U.S. District Judge Royce Lambreth of Washington, D.C., the presiding judge of the FISA court, said he "bristles" at the "rubber stamp" characterization.

He said that surveillance applications are "well scrubbed" by the U.S. attorney general and top staff before they are submitted, that the judges often ask for modifications and that some requests are withdrawn and revised before being resubmitted.

"I ask questions," he said. "I get to the nitty-gritty. I know exactly what's going to be done and why."

FISA evidence has already found its way into more than 90 criminal proceedings, including the 1993 World Trade Center bombing case.

Opponents say that when it does, defendants are not able to challenge the evidence because they are never allowed to see the information relied on by agents making the surveillance requests.

Despite the secrecy, some details of the sweeping scope of FISA eavesdropping emerged recently in an 1998 espionage case in which a Washington, D.C., couple was convicted on charges of passing four Defense Department documents to an FBI agent posing as a South African intelligence officer.

In a brief filed last year with the U.S. Supreme Court, it was revealed that the government conducted 550 consecutive days of surveillance, which included phone taps, an electronic bug in their bedroom, two clandestine searches of their home, downloads from their computer, and listening in on conversations that the woman, Theresa Squillacote, and her husband, Kurt Strand, had with her psychotherapists.

A request to examine the secret affidavits to the FISA court that had prompted the eavesdropping was denied by the judge in their trial. The couple appealed, saying their constitutional rights had been violated because they were denied necessary information to challenge the legality of the surveillance.

The Supreme Court denied their petition for a hearing in April. 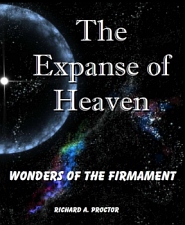