In the movie THE PATRIOT, farmer-turned-soldier Benjamin Martin, played by Mel Gibson, develops the battle plan that wins the day. Because it is widely believed that the militia can never hold the line, Martin promises that he and his men can. The British attack at the center, are outflanked and lose the battle because the militia does the impossible --- it holds the line.

When I read the Harvard Watch's report "Trading Truth: A Report on Harvard's Enron Entanglements" I was reminded of that scene. The young men and womenof Harvard Watch are holding the line if Harvard's reputation andcredibility are to have a future. They are holding the line because their "elders" charged with managing Harvard's conduct have abrogated their fiduciary duties to Harvard and the wider community that Harvard was created to serve.

The Harvard Watch report is a first step in illuminating the syndicate which has hijacked the Harvard Endowment and used it and Harvard's extraordinary academic and intellectual resources for profiteering of the most corrupt and base kind.

We urge the Harvard community to adopt these recommendations immediately.

As Assistant Secretary of Housing-Federal Housing Commissioner in the first Bush Administration, as an investment banker to one of Harvard's HUD property management/mortgage banking companies and then as lead financial advisor to the Federal Housing Administration, I watched a pattern of inside dealing between Harvard Endowment, Harvard's Kennedy School and Harvard affiliated appointees at the Department of Housing and Urban Development,the Office of Management and Budget, the Department of Justice, the White House and Congress. The Harvard players continuously pushed for and profited from policies that were not in the interest of the American people and the communities that HUD federal investment and mortgage insurance were supposed to serve.

Some of the policies and tactics were particularly disturbing given the role that Harvard Corporation member Herbert ("Pug") S. Winokur and DynCorp played in contracting to HUD and DOJ on the War on Drugs. DynCorp enjoys extensive contracts with the enforcement and intelligence communities.

The period of Mr. Winokur's leadership at DynCorp has been a period of explosive growth of prison populations and questionable enforcement practices driven by perverse incentive systems. This included asset forfeiture and other means of organizing enforcement to generate profits for government agencies, contractors and their informants without regard for the best interests of the citizens.

Indeed, the more taxpayers pay for the War on Drugs the worse narcotics trafficking gets. Harvard must disclose its investment in Mr. Winokur's partnerships and the the conflicts of interest between Harvard Endowment's profits on the War on Drugs and growth in enforcement and, hence, prison populations,and the policies that Harvard affiliated government appointees, contractors and academics are taking in support of these policies.

The potential conflicts of interest I observed in connection with Harvard activities at HUD defied any notion of reasonable internal controls in government.

Harvard was providing appointees to a government agency as well as contract and advisory services. At the same time, Harvard Endowment was investing in related companies receiving substantial monies and credit from that agency while other affiliated companies were doing the regulatory and enforcement work related to those very investments are manifest.

These conflicts are particularly disturbing when year after year the agency was missing billions of dollars despite being run by a large number of Harvard graduates and the Harvard Endowment's profits were growing like gangbusters.

Recently, Anne Williamson has documented Harvard's role, promoting insider trading and bid rigging, as financial advisor in Russia, as well as the Harvard Endowment's participation in the profits of these activities.

A similar pattern of inside dealing between the Endowment, the school and the Harvard affiliated appointees in government emerges. Harvard makes money.Government loses money.

And now, we have questions regarding the same patterns between the Harvard Endowment, the Kennedy School and the Administration on Enron.

We sit daily while the Department of Justice and the SEC allow Enron and their auditors to shred documents, transfer assets, maintain government contracts and enjoy all the time necessary to cover the cash trail. They have failed to take any of the steps on a timely basis that DOJ takes when they want to get the cash back or illuminate what really happened.

Again, Mr. Winokur's DynCorp has significant responsibilities helping to run these very enforcement operations. As Congress and the White House did with Iran Contra's S&L scandal, these groups are protecting the cash winnings for the criminal syndicates by having long hearings on what to do next time.

Of course, they know the only way to stop the next time from happening is to get the cash back today and throw the bums in jail.

Rather than doing that, it appears the chairman of the Enron finance committee who created the mess is instead assisting in the so-called "investigations".

According to Associated Press tonight, "Harvard spokesman Joe Wrinn released a statement saying the university has not had the opportunity to study thereport in detail. ''Mr. Winokur is a valued member of the Harvard Corporation,'' the statement said. ''We understand that he is assisting Enron investigations under way. The university is reviewing the situation for any developments that have a genuine bearing on Harvard.''

One of Harvard's finest graduates, Sam Smith, publisher of "The Progressive Review," once wrote that corruption in Washington is not a conspiracy, rather it is a culture.

Harvard and its endowment enjoy a tax exempt status as an educational institution. I would challenge the Harvard community to ask the question whether Harvard has become an investment network and government contractor that uses its school to give intellectual air cover to its profiteering at the expense of the country and the world. If so, the time has come for the Harvard Endowment to contribute its fair share in paying our country's out-of-pocket expenses - including the messes at HUD, in Russia, and now at Enron - that Harvard helped create.

Why should the taxpayers underwrite the costs of Harvard messes, when indeed they are also paying the cost of the very absence of sound government and a sound financial system encouraged by Harvard's behavior?

I would like to thank the young men and women of Harvard Watch.

Their courage and intelligence in producing and publishing this extraordinary report is to be commended. They have shown themselves to have the kind of integrity and professionalism that is needed, if Harvard is to remain a leader for reasons other than what money can buy.

Harvard Watch is holding the line. John and Abigail Adams would be proud.

Don't wait another second. Call and write every Harvard alum, professor, employee and friend you know, and tell them to get behind Harvard Watch and their recommendations and help them hold the line.

If you are a Harvard grad or connected with Harvard in any way, call Harvard's leaders and tell them you want these recommendations adopted immediately. Do it right now.

Trading Truth: A Report on Harvard's Enron Entanglements"
Click Link and read it here
From: http://www.harvardwatch.org/

Also read the book "The Conspirators" by Al Martin 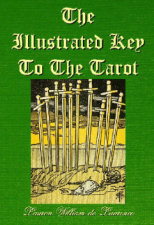