[snip]
On Feb. 14, 2002, the FCC unanimously approved a First Report and Order that permits the marketing and operation of certain types of new products incorporating ultrawideband (“UWB”) technology. UWB is basically an advanced form of radar that operates by producing billions of short duration, low-powered radio frequency pulses ... Probably viewed as not so clearly beneficial by civil liberties and personal privacy groups is a developing application of UWB dubbed "through-wall imaging systems."

According to the FCC, through-wall imaging systems can "detect the location or movement of persons or objects that are located on the other side of a structure such as a wall."

Since conventional concealed cameras would no longer be needed, officials using through-wall imaging devices could monitor the movement of persons inside buildings without ever having to physically enter the building.
[snip]

The fight against terrorism may be moving toward a clash with the right to privacy. The U.S. Federal Aviation Administration is looking at a number of airport security technologies that will effectively strip people of their clothing. ABC's TechTV recently reported that one system being studied is a holographic scanner capable of producing 3D, computer-generated, fully nude images of people who pass through the device. The report said a circular Holographic Imaging System has been in development at the Pacific Northwest National Laboratory in Kennewick, Wash., since 1989. The FAA is considering the scanner as a next-generation replacement for magnetic scanners now used in U.S. airports.
[snip]

NEW YORK (Reuters) - Washington police are building what will be the nation's biggest network of surveillance cameras to monitor shopping areas, streets, monuments and other public places in the U.S. capital, a move that worries civil liberties groups, The Wall Street Journal said on Wednesday.

The system would eventually include hundreds of cameras, linking existing devices in Metro mass transit stations, public schools and traffic intersections to new digital cameras mounted to watch over neighborhoods and shopping districts, the Journal said ....

On Tuesday morning, in response to the latest terror alert issued by the Justice Department, police activated a $7 million command center that was first used on Sept. 11. The command center, which has dozens of video stations for monitoring cameras, will remain in use until federal officials end the alert, the Journal reported.

Cameras installed by the police have been programmed to scan public areas automatically, and officers can take over manual control if they want to examine something more closely ....

Eventually, images will be viewable on computers already installed in most of the city's 1,000 squad cars, the Journal said.

The Journal said the plans for Washington went far beyond what was in use in other U.S. cities, a development that worries civil liberties advocates.
[snip]

Increasingly, the government is demanding that bookstores reveal what books their customers have purchased. Bookstore owners and privacy advocates say that's scarier than a Stephen King novel.

[snip]
Although many people aren't aware of it, in the eyes of the law buying a book is different from buying a bicycle or a pack of cigarettes. Through the years, the protections accorded materials covered by the First Amendment, such as books and newspapers, have evolved to protect the institutions that provide those materials as well. So when law enforcement officials say they just want information about the books a suspect purchased, booksellers and civil rights advocates see the demand as something that could erode book buyers' privacy and First Amendment rights.

"If we allow law enforcement access to customer records whenever they think it's convenient, customers won't feel secure purchasing books and magazines that are their constitutional right to buy," said Chris Finan, president of the American Booksellers Foundation for Free Expression. "It's important because many books are very private, or about sensitive issues, and if they feel booksellers turn over buying information at regular intervals, customers won't buy those books." By extension, this could have a chilling effect on the types of books that end up being published.
[snip]

This article sent in by:
David McGowan; author of: 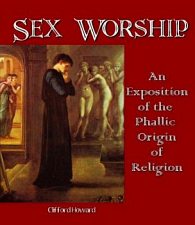