My Country 'tis of Thee

Printed below is a speech that Dennis Kucinich, United States
Congressman from Cleveland, Ohio, gave this past week-end. As you can see, it makes him the first member of the United States Congress to openly repudiate President Bush's war rationale

I am sending this speech to everyone I know and posting it on my web page. A door has opened that may possibly save the world from the destruction toward which we are definitely headed. Please respond and support him in all ways you can. Let us see, at the least, if we can get this reprinted in every newspaper in the country and in the world.

We have been waiting for someone in Congress to speak out. These have been terrifying times. Your analysis is exact and necessary. My husband, Michael Ortiz Hill, and I are writers and we are also deeply involved in community work in order to meet these times so we have not been silent or inactive, but such words as you spoke are absolutely necessary now in Congress. It is true that the acting government is not legitimate. There has been, in my mind, a military coup. We have never had to protect or recover the constitution in such a way. But the American people are capable of doing it by acting in true community. Now that you have spoken there will be others. Thank you again. And thank you again.

A Prayer for America.

(to be sung as an overture for America) "My country 'tis of thee. Sweet land of liberty of thee I sing. . . . From every mountain side, let freedom ring. . . . Long may our land be bright. With freedom's holy light. . . ." " Oh say does that star spangled banner yet wave. O'er the land of the free and the home of the brave?" "America, America, God shed grace on thee. And crown thy good with brotherhood from sea to shining sea. . . . "

With the understanding that there is a deeper truth expressed in the unity of the United States. That implicate in the union of our country is the union of all people. That all people are essentially one. That the world is interconnected not only on the material level of economics, trade, communication, and transportation, but innerconnected through human consciousness, through the human heart, through the heart of the world, through the simply expressed impulse and yearning to be and to breathe free. I offer this prayer for America. >Let us pray that our nation will remember that the unfolding of the >promise of democracy in our nation paralleled the striving for civil >rights. That is why we must challenge the rationale of the Patriot Act. We must ask why should America put aside guarantees of constitutional justice?

How can we justify in effect canceling the First Amendment and the right of free speech, the right to peaceably assemble?

How can we justify in effect canceling the Fourth Amendment, probable cause, the prohibitions against unreasonable search and seizure?

How can we justify in effect canceling the Fifth Amendment, nullifying due process, and allowing for indefinite incarceration without a trial?

How can we justify in effect canceling the Sixth Amendment, the right to prompt and public trial?

How can we justify in effect canceling the Eighth Amendment which protects against cruel and unusual punishment?

We cannot justify giving the CIA the ability to target people in this country for intelligence surveillance. We cannot justify a government which takes from the people our right to privacy and then assumes for its own operations a right to total secrecy. The Attorney General recently covered up a statue of Lady Justice showing her bosom as if to underscore there is no danger of justice exposing herself at this time, before this administration.

Let us pray that our nation's leaders will not be overcome with fear. Because today there is great fear in our great Capitol. And this must be understood before we can ask about the shortcomings of Congress in the current environment. The great fear began when we had to evacuate the Capitol on September 11. It continued when we had to leave the Capitol again when a bomb scare occurred as members were pressing the CIA during a secret briefing. It continued when we abandoned Washington when anthrax, possibly from a government lab, arrived in the mail. It continued when the Attorney General declared a nationwide terror alert and then the Administration brought the destructive Patriot Bill to the floor of the House. It continued in the release of the Bin Laden tapes at the same time the President was announcing the withdrawal from the ABM treaty. It remains present in the cordoning off of the Capitol. It is present in the camouflaged armed national guardsmen who greet members of Congress each day we enter the Capitol campus. It is present in the labyrinth of concrete barriers through which we must pass each time we go to vote. The trappings of a state of siege trap us in a state of fear, ill equipped to deal with the Patriot Games, the Mind Games, the War Games of an unelected President and his unelected Vice President.

We did not authorize the invasion of Iraq.

We did not authorize the invasion of Iran.

We did not authorize the invasion of North Korea.

We did not authorize the bombing of civilians in Afghanistan.

We did not authorize permanent detainees in Guantanamo Bay.

We did not authorize the withdrawal from the Geneva Convention.

We did not authorize military tribunals suspending due process and habeas corpus.

We did not authorize assassination squads.

We did not authorize the resurrection of COINTELPRO.

We did not authorize the repeal of the Bill of Rights.

We did not authorize the revocation of the Constitution.

We did not authorize national identity cards.

We did not authorize the eye of Big Brother to peer from cameras throughout our cities.

We did not authorize an eye for an eye.

We did not authorize the administration to wage war anytime, anywhere, anyhow it pleases.

We did not authorize war without end.

We did not authorize a permanent war economy.

Yet we are upon the threshold of a permanent war economy. The President has requested a $45.6 billion increase in military spending. All defense-related programs will cost close to $400 billion. Consider that the Department of Defense has never passed an independent audit. Consider that the Inspector General has notified Congress that the Pentagon cannot properly account for $1.2 trillion in transactions. Consider that in recent years the Dept. of Defense could not match $22 billion worth of expenditures to the items it purchased, wrote off, as lost, billions of dollars worth of in-transit inventory and stored nearly $30 billion worth of spare parts it did not need. Yet the defense budget grows with more money for weapons systems to fight a cold war which ended, weapon systems in search of new enemies to create new wars. This has nothing to do with fighting terror. This has everything to do with fueling a military industrial machine with the treasure of our nation, risking the future of our nation, risking democracy itself with the militarization of thought which follows the militarization of the budget.

Let us pray that we have the courage and the will as a people and as a nation to shore ourselves up, to reclaim from the ruins of September the Eleventh our democratic traditions. Let us declare our love for democracy. Let us declare our intent for peace. Let us work to make nonviolence an organizing principle in our own society. Let us recommit ourselves to the slow and painstaking work of statecraft, which sees peace, not war as being inevitable. Let us work for a world where someday war becomes archaic. That is the vision which the proposal to create a Department of Peace envisions. Forty-three members of congress are now cosponsoring the legislation. Let us work for a world where nuclear disarmament is an imperative. That is why we must begin by insisting on the commitments of the ABM treaty. That is why we must be steadfast for nonproliferation.

Let us work for a world where America can lead the way in banning weapons of mass destruction not only from our land and sea and sky but from outer space itself. That is the vision of HR 3616: A universe free of fear. Where we can look up at God's creation in the stars and imagine infinite wisdom, infinite peace, infinite possibilities, not infinite war, because we are taught that the kingdom will come on earth as it is in heaven.

Let us pray that we have the courage to replace the images of death which haunt us, the layers of images of September the Eleventh, faded into images of patriotism, spliced into images of military mobilization, jump cut into images of our secular celebrations of the World Series, New Year's Eve, the Superbowl, the Olympics, the strobic flashes which touch our deepest fears, let us replace those images with the work of human relations, reaching out to people, helping our own citizens here at home, lifting the plight of the poor everywhere. That is the America which has the ability to rally the support of the world. That is the America which stands not in pursuit of an axis of evil, but which is itself at the axis of hope and faith and peace and freedom. 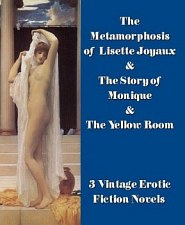