I am writing you at this time to wish you a happy holiday season, and a safe, wonderful new year, and to ask for your support to complete a 7 year investigation and campaign to not only discover the whereabouts of my missing adoptive children, twins Darius and Tisha, but to possibly put an end to a global child trafficking ring which has for a long time now, darkened the light of our country.

2 year old Rilya Wilson disappeared whilst in the custody of Florida's Children and Family Services and she still has not been found. In cities across America, thousands of other foster children remain unaccounted for to this day. Private investigators received disturbing evidence that 2 year old Denver Foster Twins, Darius and Tisha had been fraudulently adopted for illicit purposes. Their whereabouts today is unknown and grave concerns exist for their safety, as it has been seven years since they were last seen.

This past year, The International Children's Rights Committee has made tremendous progress in uncovering these child trafficking rings, and additionally created an ongoing working relationship with California Senator Diane Feinstein's Office; and The Crimes Against Children Division of the L.A. FBI; as well as LA Public Counsel; The Missing Children's Investigation Center (in Burbank); and numerous child advocacy groups across the country.

Enough information has come forward now, that the services of an extremely reputable P.I. firm in Denver has been retained, in the hopes of locating missing foster children and assisting the authorities in shutting down these child trafficking rings.

Although investigators have uncovered one particular ring, this is but one arm of a vast network of interlocking rings that traffic children through countries such as the U.S., Mexico, South America, Belgium, France, and other countries.

The Earth Harmony Foundation is spearheading the 'ACT campaign',which is designed to raise public and political awareness on this issue in the hopes of assisting the authorities in shutting down global child trafficking rings, who abduct children for exploitation in child pornography and satanic ritual abuse.

To quote Lauren Stratford author of the book; Satan's Underground, 'Satanic Ritual is where infants and children are sexually abused, tortured and sacrificed both for snuff films and ritualistic sacrifices. This is not just happening in primitive cultures, in faraway lands. This is happening in North America. Dr. Al Carlisle, a noted authority and speaker on occult murders stated that in a city the size of Denver, there are probably 70 to 100 human sacrifices per year and an estimated 40 to 60 thousand human sacrifices a year across the US. While these statistics are mind boggling, they are not so unbelievable when we think of the thousands of children that wind up missing every year.'

This problem is a world wide problem and includes countries such as Guatemala, where legal adoptions are the exception, rather than the rule, many babies are abducted and false birth certificates and false passports are issued and then the babies are trafficked for huge profits. This is also occurring in the US and global child trafficking rings, are not only abducting children off the streets, but also procuring them through illicit adoptions. Foster children are targeted because their records are sealed and they can be fraudulently adopted and then taken across state lines and sold, most likely never to be seen again.

The Act Campaign is a project of The International Children Rights Committee, which is developing new legislation aimed at protecting foster children from becoming victims of illicit adoptions and trafficking. A team of private investigators have volunteered their efforts over the past five years to uncover the activities of underground child trafficking and child pornography rings. At this time funds are needed to complete this investigative work. We need to raise funds for 100 hours of Private Investigative work, which normally would come to $10,000. But the Denver P.I. company which will complete this work shares our dedication to protecting children, and will perform this work for only $7,500.00. We urgently need the public's financial contributions to retain this company and make this happen. It is our hope that our team of private investigators will not only be successful in securing the safety of the beautiful foster twins I raised for a year and a half and was in the processing of adopting, but perhaps many other foster children who were abducted in the same manner, if they are still alive.

Yes, slavery may have been abolished after the Civil War, but this insidious form of child slavery remains ongoing. Illegal trafficking of children is a class 3 felony. It has got to stop! Help us to eradicate child trafficking, slavery, and exploitation.

Any additional monies received beyond the requested $7,500 will be utilized for Harmony Haven, a Children's Home dedicated to orphaned babies born drug exposed with special needs and those children recovering from abuse.

Please join with us in speaking up for those 'tiny hostages' that cannot speak for themselves by writing a tax deductible check to the Earth Harmony Foundation and indicate on the memo line; for the The Act Campaign. 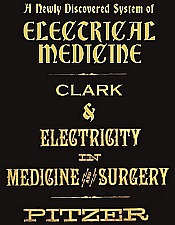