No WMDs after all,
no excuse for war,
too late for anyone
to care anymore.
Ha-ha, suckers

Ha-ha-ha oh man did we ever get smacked on that one. Conned big time. Punk'd like dogs. Just gotta shake your head, laugh it off. They reamed us but good, baby! Damn.

Turns out it really was all a big joke after all. The war, that is. All a big fat nasty murderous oil-licking lie, a sneaky little power-mad game with you as the sucker and the world as the pawn and BushCo as the slithery war thug, the dungeon master, the prison daddy. You really have to laugh. Because it's just so wonderfully ridiculous. In a rather disgusting, soul-draining sort of way.

See, there are no weapons of mass destruction in Iraq. No WMDs at all. Isn't that great? What's more: There never were. Ha-ha-ha. Gotcha!

No warehouses teeming with nuclear warheads, no underground bunkers packed with vats of boiling biotoxins, no drums of crazy-ass chemical agents that will melt your skin and turn us all into drooling flesh-eating zombies -- unless, of course, you count the sneering vat of conservative biotoxin that is, say, Fox News, in which case, hell yeah baby, we gotcher WMDs right here betcha.

Go figure. Those lowly U.N. inspectors were right after all. Who knew? It was all a ruse. We've been sucker-punched and ideologically molested and patriotically sodomized and hey, what the hell, who cares anyway, we "liberated" an oppressed people most Americans secretly loathe and fear and don't understand in the slightest, even though that was never the point, or the justification, or the goal. Go team.

But wait, is liberation of a brutalized and tormented people now the reason? The justification for our thuggery? That is so cool! So that means we're going to blow the living crap out of Sri Lanka and Sudan and Tibet and North Korea and about 47 others, right? Right? Maybe Saudi Arabia, too, second only to the Taliban itself in its abuse of women? Cool! As if.

Surely they've found something, right? Surely we can now prove that Saddam was fully intending to fillet our babies and annihilate Florida and poke the eyes out of really cute kittens on national TV for sadistic pleasure, right? Gimme a hell yeah!

Psychopatriots are a little nonplussed. Bush is merely "embarrassed." Peace advocates are sighing and drinking heavily. We have done this ghastly horrible inane hate-filled entirely unprovoked thing in the name of power and petroleum and military contracts and strategic empire building, our nation is numb and more bitterly divisive than ever and our leaders are not the slightest bit ashamed.

But of course you're not the slightest bit shocked. You knew it all along. ( Particularly if one has read TRANCE Formation of America or visited the web site : www.TRANCE-Formation.org ) The WMD line was just a ploy that, tragically, much of the nation bought into like a sucker pyramid scheme after being pounded into submission with hammers of fear and Ashcroftian threats and bogus Orange Alerts and having their tweezers confiscated at the airport.

And of course the capacity to be outraged and appalled has been entirely drained out of you, out of this nation, replaced by raging ennui and sad resentment and the new fall season on NBC. This is what they're counting on. Your short attention span. WMDs? That's so, like, last February. Hey look, the swimsuit model won "Survivor"!

Because now it's all done. Like a bad trip to the dentist where your routine cleaning turned out to be a bloody excruciating root canal and 50 hours of high-pitched drilling and $10,000 in god-awful cosmetic surgery, now the bandages come off. Smile, sucker. We're at peace once again. Sort of. But not really. Don't you feel better now? No? Too bad. No one cares what you think.

It's all over but the shouting. And the screaming. And the endless years of U.S. occupation in the Middle East, the quiet building of U.S. military bases in Iraq so we can keep those uppity bitches Syria and Egypt and Lebanon in line, forge ahead with the long-standing plan to strong-arm those damn Islamic nuts into brutal compliance with Bushco's bleak blueprint for World Inc. What, too bitter? Hardly.

Should we care that Osama, the actual perp of 9/11, is still running around free? That terrorism hasn't been quelled in the slightest? That the Mideast is more of a U.S.-hating powder keg than ever, thanks to BushCo? That the economy is in the worst shape it's been in decades?

Should we care that we just massacred tens of thousands of Iraqi (and Afghanistan) civilians and soldiers and suffered a little more than 100 U.S. casualties and have absolutely nothing to show for it except bogus force-fed pride and this weird, sickening sense that we just executed something irreparable and ungodly and karmically poisonous?

Nah. Just laugh it off. Have a glass of wine, make love, go play Frisbee with the dog. Breathe deep and focus on what's truly important and try to assimilate this latest atrocity into your backstabbed worldview, add it to the list of this lifetime's spiritual humiliations, as you wait for the next barrage, the imminent announcement that we're about to do it all again.

Steel yourself. Protect your soul. Because man, they reamed us good. Slammed this nation like a bad joke. Gotcha! Ha-ha-ha. 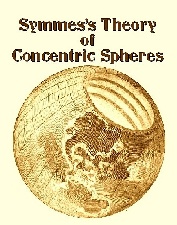