FASCISM IN THE HOME OF THE SLAVE
AND THE LAND OF THE FEE
SGT. LYNCH AND HER LYNCH MOB

A letter from an inmate in solitary confinement at the Washington Corrections Center at Shelton, Washington:

I arrived at Cedar Creek Corrections Center (a camp here in Washington state) on November 1, 2002. On November 14, 2002 I was told that Sgt. Lynch wanted to see me right away. Fearing the worst, I immediately proceeded to her office, expecting to hear that my father, who just had a heart attack several weeks before, had just passed away. I was happy to learn that I was wrong. But my happiness quickly turned to confusion when Sgt. Lynch bore into me with the following question: "Where did you get the shoes from?" Puzzled, I asked, "What shoes?" Sarcasticly she responded: "The shoes, Mr. Sims -- don't play dumb with me."

I answered, "I have no idea what you're talking about, lady." Nodding her head up and down, she replied, "So, that's the story you're sticking to?" Angrily I answered her, "It's not a story, it's the truth!" Raising her voice, as if to intimidate me, she growled: "So -- if I go look into your locker I'm not going to find a pair of shoes that don't belong to you?" I asked her to go check, and, "while you're at it you need to re-evaluate your SOURCE because you're obviously being manipulated."

Apparently having no intention of checking the locker, she switched gears and asked, "So who do you owe money to?" I told her I owed no one. As if I was a liar, she continued: "So, nobody's strong-arming you out of the money you owe them?" "Look lady," I said, "I'm 6'3" and 250 lbs. -- nobody's strong-arming me!"

Visibly angered by my tone, which was nothing more than a simple reflection of her own, she barks, "Mr. Sims, you're no bad ass!" "How would you know?" I shot back. "So you're not in possession of a pair of shoes that don't belong to you?" she asked. "No, I'm not." I replied.

Shaking now, she pointed to the door and said, "I'm giving you some time to go get the shoes and bring them to me." Walking out I responded, "You're going to be waiting for a long time, as I don't know anything about any shoes -- unless, of course, you want my state-issued shoes I came here with."

About 20 minutes later I was told Sgt. Lynch wanted to see me again. As soon as I approached her office she, looking at my empty hands, asked me, "Where are the shoes?" She exploded, "Let's go see the Shift Lieutenant!"

We made our way over to the Lt., who was accompanied by two other correctional officers (COs). Once there, Sgt. Lynch, hands flailing in the air, quickly briefed the Lt., who then, a cigarette hanging cooly from his mouth, asked me -- after staring at me for some time: "So, are you denying you ever had the shoes?" I said, "Yes, I'm denying that I ever had any shoes that didn't belong to me." Unhappy with my answer, he responds, "Alright, how about we take a trip out back?" Realizing that "out back" meant in the woods behind the building, I, defensively, said, "I'm not going anywhere with you!" He responded by mumbling something into his radio. Believing he'd just called for back up, and that I was mere minutes away from being pepper-sprayed and/or forcibly taken down, I voluntarily put my hands behind my back and turned around so that I could be cuffed up.

CO Wilson proceeded to place my right wrist into a cuff and was fixing to apply the other cuff to my left wrist when Sgt. Lynch, obviously disappointed in my decision not to physically resist in any way, antagonistically said, "Some tough guy!"

Having suffered from hyperactivity, attention deficit disorder and severe emotional problems all of my life, I immediately but unintentionally responded by quickly spinning around and yelling, "____ you, Bitch!"

I was immediately jumped on by all four officers and taken violently to the ground, where I lay unresisting. While lying face down and unresisting on the floor, my right knee was nearly broken, while my left arm was bent and painfully pushed so far up my back (towards my shoulder blades) that I almost passed out from the pain -- all this while the Lt. PLACED HIS KNEES ON MY NECK AND APPLIED SO MUCH DOWNWARD PRESSURE THAT MY NECK CRACKED AND POPPED AS EXTREME PAIN CRAWLED UP THE BACK OF MY HEAD.

Completely restrained (arms and legs) and fearing the Lt. was going to break my neck, I started pleading, "My neck -- get off my neck -- I'm not resisting." The Lt. finally removed his knees from my neck, and said, "Let's take him to the segregation shower." With no regard for the pain it caused me, they picked me up by both the handcuffs (causing my shoulders to support the entire weight of my upper body) and the leg-chain, and carried me to the segregation shower, where they dropped me, causing my chin to crash into the floor.

Bruised, battered and completely restrained, I spent the next 40 minutes or so leaning against the shower wall while the metal bracelets dug into my swollen wrists and ankles.

Twenty-two days later, while in segregation, I received a totally fabricated "infraction" for, among other things, "assaulting CO Wilson"! The infraction report reads as follows:

"After interviewing Inmate Sims, J, it was determined a pair of tennis shoes were in his possession that were not his. When asked to surrender the tennis shoes, Inmate Sims refused to give the tennis shoes. While attempting to place Inmate Sims into secured housing [the hole], the inmate swung at CO Wilson with his uncuffed hand attempting to strike him in the face, and then pushed the officer away from him in an attempt to get free. In an attempt to gain control CO Wilson and inmate Sims went to the floor, causing an injury to CO Wilson's right elbow."

This report was written by Mary Leverich, a CO who wasn't even present during 1) my interrogation by Sgt. Lynch, or 2) their initial use of (excessive) force.

What shoes? I still don't know, but I suspect that they're really nice, as I have paid the extravagant price of extreme physical and emotional trauma, not to mention a loss of 365 days of good time, which means that I must spend another year behind bars.

I readily admit that I acted -- I mean reacted -- inappropriately by yelling at Sgt. Lynch. As I stated earlier, I suffer from severe emotional problems and because of this it's hard for me to calmly verbalize my feelings when provoked. I accept responsibility for what I said, but accepting the consequences for something I didn't do is a hard pill to swallow. Not only did I not swing on, push nor assault CO Wilson; I also did absolutely nothing to deserve the excessive physical force and emotional trauma I was subjected to. The charges against me are manufactured, and meant to unlawfully COVER UP the excessive force used against me.

When will Sgt. Lynch accept responsibility for her part? What about the Lt.? CO Wilson? The others? When will they suffer the consequences for their transgressions against me and the public they are paid so well to serve? The answer: when those who believe in "Justice for all" step up and advocate it in ALL circumstances. Then, and only then, will they be FORCED to accept full responsibility for their actions and change their unlawful behavior.

Anyone wishing to help can forward this to civil rights attorneys, prisoners' rights advocates, elected officials, the media, and Washington's Secretary of the Department of Corrections in Olympia, requesting that appropriate action be taken against Sgt. Lynch, et al. I can be reached at the addresses below. I appreciate and thank you for you concern. 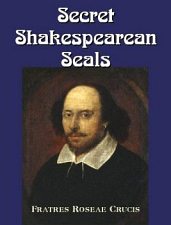