AND WE TALK ABOUT
"DECENCY",
"JUSTICE",
AND "DEFENDING FREEDOM"?

John Wall, World Bank Country Director for Pakistan and Afghanistan, expressed dismay over the worsening impact of drought, conflict, and displacement on the people of Afghanistan. "The situation appears to have all the ingredients of a famine," he said. "Grain production has fallen in half, people have eaten their seed, sold their livestock and watched their fruit trees and vineyards die. Many households are on the move but there are few places to go that are any better. It is very frustrating for me to watch this terrible situation develop without a mandate to respond. Although the World Bank is not a relief agency, I want to add our voice to the many that are speaking out about this tragic situation."

Wall praised the work of the international assistance community under extremely difficult conditions in Afghanistan and the patience of the Pakistani people in hosting Afghan refugees for so long. He stated that, "Funding and capacity urgently need to be scaled up in line with the growing needs, and the newly-arrived Afghan refugees in Pakistan also need to be cared for."

According to UN estimates, the drought is affecting some 12 million people (more than half of Afghanistan's population), 3-4 million of them seriously. While most are not at immediate risk of becoming famine victims, deaths from hunger are already being reported, and it is feared that the numbers will rise in coming months. Many starvation deaths may never be accurately counted due to the geographical remoteness of some of the affected areas. Small children, already suffering from Afghanistan's extraordinarily high under-five mortality rate in normal times, are at great risk from hunger, cold, and disease. Malnutrition is widespread.

Around half a million people have already been forced to move as a result of drought and conflict, and more population displacements are expected. However, those who lack the resources to move away from affected areas are likely to be even more vulnerable and at risk than those who do leave. As a result of the large influx of distressed people, urban labor markets have significantly weakened, reducing the incomes of the existing poor in the cities and increasing their vulnerability and need for assistance.

Pressure is also building on Afghanistan's borders, with 150,000 new refugees arriving in Pakistan since last September, many more waiting on the Afghanistan side of the border, and substantial numbers trying unsuccessfully to move into Tajikistan which has closed its border to Afghan refugees. Pakistan also has closed its border to new refugees. Nevertheless, the inflow of Afghan refugees into Pakistan is expected to continue, and they will need assistance and protection.

Recovery from the drought will be difficult, given the large displacements of people, the continuing conflict, the lack of seed for the next planting and other essential inputs, the weakened agricultural infrastructure base, and likely subnormal snowfall and rainfall this winter.

In addition to being impeded by geographical and logistical constraints as well as by the continuing fighting, international assistance for Afghanistan has been seriously underfunded – especially non-food support as opposed to food aid. Funding and capacity urgently need to be scaled up substantially. While providing emergency relief to save lives and reduce human suffering, adequate resources also need to be allocated to help agricultural production to recover and restore the longer-term food security of Afghans. 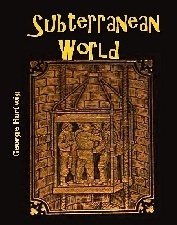