Afghanistan's significance from an energy standpoint stems from its geographical position as a potential transit route for oil and natural gas exports from Central Asia to the Arabian Sea. This potential includes proposed multi-billion-dollar oil and gas export pipelines through Afghanistan, although these plans have now been thrown into serious question (see below for more detail).

On December 19, 2000, the UN Security Council imposed additional sanctions against Afghanistan's ruling Taliban movement (which controls around 95% of the country), including an arms embargo and a ban on the sale of chemicals used in making heroin. These sanctions (Resolution 1333), which take effect in one month if the Taliban do not comply, are aimed at pressuring Afghanistan to turn over Osama bin Laden, suspected in various terrorist attacks, including the August 1998 US Embassy bombings in Kenya and Tanzania. In addition, Russia and the United States are concerned over potential instability in Central Asia and heroin production in Afghanistan. These latest sanctions are in addition to sanctions (Resolution 1267) imposed on Afghanistan in November 1999, which included a freeze on Taliban assets and a ban on international flights by Afghanistan's national airline, Ariana. Afghanistan's government reacted sharply to the new sanctions, ordering a boycott of US and Russian goods, and pulling out of UN-mediated peace talks aimed at ending the country's civil war.

On November 29, 1999, UN Secretary General Kofi Annan issued a report on Afghanistan which listed the country's major problems as follows: civil war (which has caused many casualties and refugees, and which has devastated the country's economy), record opium production, wide-scale human rights violations, and food shortages caused in part by drought.

According to the 2000 CIA World Factbook, Afghanistan is an extremely poor, landlocked country, highly dependent on farming and livestock raising (sheep and goats). Currently, the country is experiencing a severe drought. Afghanistan has experienced over two decades of war, including the nearly 10-year Soviet military occupation (which ended 15 February 1989). During that conflict one-third of the population fled the country, with Pakistan and Iran sheltering a combined peak of more than 6 million refugees. In early 1999, 1.2 million Afghan refugees remained in Pakistan and about 1.4 million in Iran. Gross domestic product has fallen substantially over the past 20 years because of the loss of labor and capital and the disruption of trade and transport. The majority of the population continues to suffer from insufficient food, clothing, housing, and medical care. Inflation remains a serious problem throughout the country. International aid can deal with only a fraction of the humanitarian problem, let alone promote economic development. The economic situation did not improve in 1998-99, as internal civil strife continued, hampering both domestic economic policies and international aid efforts. Numerical data are likely to be either unavailable or unreliable. Afghanistan was by far the largest world producer of opium poppies in 1999, and narcotics trafficking is a major source of revenues.

ENERGY OVERVIEW
The Soviets had estimated Afghanistan's proven and probable natural gas reserves at up to 5 trillion cubic feet (Tcf). Afghan gas production reached 275 million cubic feet per day (Mmcf/d) in the mid-1970s. However, due to declining reserves from producing fields, output gradually fell to about 220 Mmcf/d by 1980. At that time, the Djarquduq field was brought online and was expected to boost Afghan gas output to 385 Mmcf/d by the early 1980s. However, sabotage of infrastructure by the anti-Soviet mujaheddin fighters limited the country's total production to 290 Mmcf/d, an output level that was held fairly steady until the Soviet withdrawal in 1989. After the Soviet pullout and subsequent Afghan civil war, roughly 31 producing wells at Shibrigan area fields were shut in pending the restart of gas sales to the former Soviet Union. In February 1998, the Taliban announced plans to revive the Afghan National Oil Company, which was abolished by the Soviet Union after it invaded Afghanistan in 1979. The company is expected to play an important role in the resumption of oil and gas exploration in Afghanistan.

At its peak in the late 1970s, Afghanistan supplied 70%-90% of its natural gas output to the Soviet Union's gas grid via a link through Kushka, Turkmenistan. In 1992, Afghan President Najibullah indicated that a new gas sales agreement with Russia was in progress. However, several former Soviet republics raised price and distribution issues and negotiations stalled. In the early 1990s, Afghanistan also discussed possible gas supply arrangements with Hungary, Czechoslovakia, and several Western European countries, but these talks never progressed further. In 1998, Afghan gas production was only around 22 Mmcf/d, all of which was used domestically, as a feedstock for a fertilizer plant at Mazar-e-Sharif in northern Afghanistan, for production of urea (which is exported to Uzbekistan), and for power generation at a 34-megawatt station in Mazar-e-Sharif. Afghan gas fields include Jorqaduq and Khowaja Gogerdak. Afghanistan reportedly is importing gas from the Gulzar Baba deposit in southern Turkmenistan.

Soviet estimates from the late 1970s placed Afghanistan's proven and probable oil and condensate reserves at 95 million barrels. Despite plans to start commercial oil production in Afghanistan, all oil exploration and development work as well as plans to build a 10,000-bbl/d refinery were halted after the 1979 Soviet invasion. Afghanistan's various provinces receive refined products from neighboring countries. In September 1999, Afghanistan signed a deal with Consolidated Construction Company of Greece to explore the area of Herat in southwestern Afghanistan near the Iranian border for oil and gas. This area is believed to be potentially rich in hydrocarbons. In the meantime, Afghanistan reportedly receives some of its oil needs from Saudi Arabia as foreign aid. There have also been reports that Pakistan has offered to assist Afghanistan in constructing an oil refinery, as well as in repairing damaged roads in order to facilitate transport of oil products from Turkmenistan to Afghanistan and Pakistan.

Besides oil and gas, Afghanistan also is estimated to have significant coal reserves (probable reserves of 400 million tons), most of which is located in the region between Herat and Badashkan in the northern part of the country. Although Afghanistan produced over 100,000 short tons of coal annually as late as the early 1990s, as of 1998, the country was producing only around 4,000 short tons.

Afghanistan's power grid has been severely damaged by years of war. Currently, the ruling Taliban are concentrating on rebuilding damaged hydroelectric plants, power distribution lines, and high-voltage cables. Afghanistan has received electricity from Uzbekistan, mainly into Mazar-e-Sharif near the border, but payment problems have previously caused Uzbekistan to reduce power exports. On October 1999, Afghanistan announced that it had reached agreement with Turkmenistan for electricity imports into Andkhoy District in northwestern Afghanistan, including power to the Herat cement plant. Turkmenistan also has discussed supplying Afghanistan with additional electricity, with work reportedly set to begin in the near future and to be completed within 6 months. A power transmission line would connect the Seydi power plant in eastern Turkmenistan with western Afghanistan.

According to Afghanistan's Minister of Water and Power, Mowlawi Ahmad Jan, the 66-MW Mahipar hydro plant reportedly is now operational. In recent months, a severe drought has limited Afghanistan's hydro production, including the main plants at Naghloo and Saroobi. In addition, the government has tripled the power tax, making power less affordable for many Afghans. Currently, only around 6% of Afghanistan's 21 million people have access to electricity, with the rest using diesel, firewood, or manure for cooking and heating.

REGIONAL PIPELINE PLANS
In January 1998, the Taliban signed an agreement that would allow a proposed 890-mile, $2-billion, 1.9-billion-cubic-feet-per-day natural gas pipeline project led by Unocal to proceed. The proposed pipeline would transport gas from Turkmenistan's 45-Tcf Dauletabad gas field to Pakistan, and most likely would run from Dauletabad south to the Afghan border and through Herat and Qandahar in Afghanistan, to Quetta, Pakistan. The line would then link with Pakistan's gas grid at Sui. Gas shipments had been projected to start at 700 Mmcf/d in 1999 and to rise to 1.4 Bcf/d or higher by 2002. In March 1998, however, Unocal announced a delay in finalizing project details due to Afghanistan's continuing civil war. In June 1998, Gazprom announced that it was relinquishing its 10% stake in the gas pipeline project consortium (known as the Central Asian Gas Pipeline Ltd., or Centgas), which was formed in August 1996. As of June 1998, Unocal and Saudi Arabia's Delta Oil held a combined 85% stake in Centgas, while Turkmenrusgas owned 5%. Other participants in the proposed project besides Delta Oil include the Crescent Group of Pakistan, Gazprom of Russia, Hyundai Engineering & Construction Company of South Korea, Inpex and Itochu of Japan

On December 8, 1998, Unocal announced that it was withdrawing from the Centgas consortium, citing low oil prices and turmoil in Afghanistan as making the pipeline project uneconomical and too risky. Unocal's announcement followed an earlier statement -- in August 1998 -- that the company was suspending its role in the Afghanistan gas pipeline project in light of the recent U.S. government military action in Afghanistan, and also due to intensified fighting between the Taliban and opposition groups. Unocal had previously stressed that the Centgas pipeline project would not proceed until an internationally recognized government was in place in Afghanistan. To date, however, only three countries -- Saudi Arabia, Pakistan and the United Arab Emirates -- have recognized the Taliban government.

Besides the gas pipeline, Unocal also had considered building a 1,000-mile, 1-million barrel-per-day (bbl/d) capacity oil pipeline that would link Chardzou, Turkmenistan to Pakistan's Arabian Sea Coast via Afghanistan. Since the Chardzou refinery is already linked to Russia's Western Siberian oil fields, this line could provide a possible alternative export route for regional oil production from the Caspian Sea. The $2.5-billion pipeline is known as the Central Asian Oil Pipeline Project. For a variety of reasons, including high political risk and security concerns, however, financing for this project remains highly uncertain.

In April 1999, Pakistan, Turkmenistan and Afghanistan agreed to reactivate the Turkmenistan-Pakistan gas pipeline project, and to ask the Centgas consortium, now led by Saudi Arabia's Delta Oil (following Unocal's withdrawal from the project), to proceed. As of mid-2000, discussions on this issue reportedly were continuing amongst India, Pakistan, Iran, Turkmenistan, and Afghanistan. It remains unlikely, however, that this pipeline will be built until the political and military situations in Afghanistan improve.

source:
http://www.eia.doe.gov/
US Dept of Energy 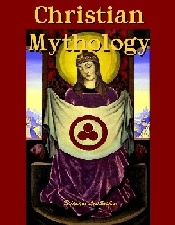