TORKHAM, Pakistan, Sept 30 (Reuters) - Assadullah wants revenge. The 16-year-old Afghan ice-cream vendor became one of the first casualties of U.S. strikes when he lost a leg on Sunday to a missile aimed at an airport near his home.

"I wish my God destroys their houses, villages, their cities," the boy said after crossing into Pakistan on Monday for medical treatment after he was caught up in the U.S. attack on the ruling Taliban, protectors of Osama bin Laden, the prime suspect last month's suicide strikes on the United States.

Assadullah lives near the airport in the eastern city of Jalalabad, about 70 km (43 miles) from Torkham at the Khyber Pass border.

He happened to be at home when the United States launched its military assault on Sunday evening.

"There was just a roaring sound, and then I opened my eyes and I was in a hospital," said Assadullah, pale and speaking in a low voice, the stump of his leg wrapped in bloodied bandages.

"I lost my leg and two fingers," said Assadullah, his face a grimace of pain as he lay in a van, his head resting in a friend's lap, en route for better medical treatment in the Pakistani border city of Peshawar.

"There were other people hurt. People were running all over the place," he said.

Assadullah and his companions were among the very first that the Taliban had allowed to cross the border on Monday. Most people were turned back when trying to enter or leave Afghanistan, and the Taliban appeared to be allowing only trucks carrying goods to cross into Pakistan.

The United States has said that it deliberately picked targets away from civilians and wanted the Afghan people to know the strikes were an attack on the Taliban and bin Laden -- and not on the public.

One senior Taliban Health Ministry official said six to eight people had been killed in the attacks, down from initial estimates from across the country of 20.

"It is difficult to give an exact assessment of the number of casualties. But they are perhaps no more than six, seven or eight deaths," deputy health minister Mohammad Abbas told Qatar's al-Jazeera television.

Areas near Jalalabad were also a target when the United States launched cruise missiles in August 1998 to strike at suspected training camps belonging to bin Laden, whom Washington blamed for masterminding the bomb attacks on U.S. embassies in Kenya and Tanzania, killing 220 people.

A Russian memo given to the United Nations Security Council listed several places in Jalalabad as part of what it called the "terrorists infrastructure of Osama Bin Laden."

They included the Hotel Spingar, the city's main hotel where the Taliban have also housed foreign journalists in the past, and two bases outside the city. 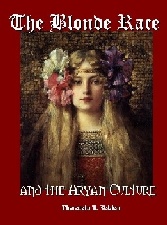