Casualties
Dozens killed in village
'with no military targets'

Dozens killed in village 'with no military targets'

At least 25 people, and possibly as many as 35, were killed on the night of 22 October in Chowkar-Karez, a small village 25 miles north of the Taliban stronghold of Kandahar, according to reports based on the accounts of eyewitnesses in the village and survivors ferried to hospital in the Pakistani city of Quetta.

The Pentagon has confirmed that an AC-130 Spectre gunship attacked the village. According to the villagers, however, there were several aircraft, not just one.

Explosions from the attack, they reported, pulverised the mud walls of houses and gouged craters 15 feet deep in the ground. The planes then returned and opened fire on terrified villagers running through the streets, causing the worst of the casualties ....

A spokesman for the US military insisted the village was a legitimate target. "There was a positively identified Taliban encampment, which included al-Qa'ida collaborators, in the vicinity of Chowkar that was struck in October," the Pentagon official told The Washington Post. "The encampment was fully developed and was a legitimate military target under the law of armed conflict."

Evidence unearthed by Western journalists who visited the village on Thursday, however, suggested the attack might just as easily have been the result of a terrible mistake ....

Visiting journalists counted 18 fresh graves but were told the villagers had not been able to sort out the many severed limbs and body parts to give each person their own final resting place. "As we buried the dead, the planes came again," said an old farmer called Mangal, who claimed to have lost 30 relatives including 12 women and 14 children. "We had to work quickly. Not everyone got their own grave" .....

US special forces injured in night raid on Kandahar

By Severin Carrell and Andrew Gumbel, in Washington

The firefight between the élite special forces unit and the Taliban took place on the same night as a separate raid by US Rangers parachutists on an airfield near Kandahar, in southern Afghanistan. This assault was broadcast to the world as a morale-boosting success for the coalition ....

The Delta Force unit were ambushed by Taliban troops using machine guns and rocket-propelled grenade launchers or mortars. "It was a tactical firefight, and the Taliban had the advantage," one officer reportedly said.

On Friday night, US troops staged a risky rescue mission behind enemy lines after a helicopter carrying special forces crash-landed in foul weather, injuring four servicemen on board, the Pentagon said yesterday.

A second US helicopter airlifted the airmen to safety. The abandoned helicopter, an MH-53 Pave Low (as pictured), was then destroyed by by F-14 Tomcat jets to prevent surveillance and communications equipment falling into Taliban hands ....

US helicopter crashes in Afghanistan

A Taliban minister said last night that two US helicopters had crashed in Afghanistan - at least one shot down - leaving up to 50 US troops killed.

The United States has admitted losing one helicopter in Afghanistan yesterday in bad weather but said there were only four injured.

Taliban Education Minister Amir Khan Muttaqi said the two helicopters crashed close to each other in Nawur district of the eastern province of Ghazni.

One transport helicopter had crashed for unknown reasons and a second helicopter gunship was shot down as it came to rescue the crew of the first, Muttaqi told AFP ....

It was the first confirmed loss of a US aircraft in Afghanistan since the United States launched an air campaign on October 7 against the ruling Taliban militia ....

There was no way to confirm whether the Taliban and the US Defence Department were talking about the same incident.

But the Pentagon has insisted the crash landing was due to severe weather, not hostile fire.


This article sent in by David McGowan

US bombers, engaged in their heaviest battering yet of Taliban positions, ruined the country's biggest hydroelectric complex, putting thousands of lives at risk, the ruling Muslim militia said.

The non-stop pounding of front lines, one day after B-52 bombers were seen in action for the first time over the heavily fortified Taliban positions, brought a smile to the faces of opposition commanders who have been critical so far of the scope of the US air raids.

In the United States, where anthrax-by-mail bioterror attacks claimed their fourth death, US President George W. Bush reiterated that new terror assaults were imminent on US soil, saying: "I put the country on alert for a reason."

British Prime Minister Tony Blair, Bush's closest ally, was in talks with King Abdullah II of Jordan on the third leg of a Middle East tour, which the British press agreed Thursday got off to a disastrous start.

"So far water has not started gushing out of the dam but any further bombing will destroy the dam," Muttaqi told AFP. "It may cause widespread flooding, putting at risk the lives of thousands of people."

Kajaki, 90 kilometers (56 miles) northwest of Kandahar, contains 2.7 billion cubic metres of water. It normally produces 150,000 kilowatts of electricity per hour and irrigates land farmed by 75,000 families in a desert area where water is a precious commodity, the minister said.

"America wants to destroy everything in Afghanistan," he said.

"There are no military installations in Kajaki, not even in the district."

Another Taliban spokesman, Qari Fazal Rabi, said in Kabul: "Winter is coming and the Americans want to deprive Afghans of all living facilities."

"Today is a better day," a delighted opposition commander Alu Zaqi commented on the relentless US battering of Taliban front lines. "If this keeps going, the Taliban will be weakened and the front lines will collapse."

But another commander, General Hussein Anwari, head of a small Shiite faction and a member of the fractious Northern Alliance's leadership council, said opposition forces were still not ready to attack Kabul.

He told AFP the US had yet to provide any aid in materiel, saying military equipment received recently from Russia had been paid for before September 11, when terrorist attacks on the United States killed some 5,000 people.

He added, however, that the Alliance hoped to receive aid after a meeting Tuesday in Dushanbe between its military chief, General Mohammad Qasim Fahim, and the head of the US military campaign, General Tommy Franks.

"We hope to receive ammunition, cannon and heavy equipment," he said. "That would be the most efficient way to fight the Taliban." Turkey, the only Muslim majority populated member of NATO, meanwhile announced that it would send 90 elite troops to Afghanistan.

A government statement said the force would engage in "surveillance, the struggle against terrorists, guiding the Northern Alliance, supporting humanitarian missions, protecting innocent people and helping the evacuation of civilians when necessary."

It said the decision came after a US request on October 26, but gave no details on when the troops would be sent, nor where they would be deployed.

The Taliban immediately condemned the decision, the militia's ambassador in Islamabad, Abdul Salam Zaeef, saying: "Any soldier, whether they are from a Muslim or non-Muslim country -- if they are joining the Americans, they are our enemy. If they attack Afghanistan we will defend ourselves."

In Washington, the Post newspaper reported that the recent intensification of air raids was the result of a shift in US strategy and marked a decision to separate military operations from efforts to form a post-Taliban goverenment.

"It's just not feasible or realistic to think you're playing an organ, where you're doing politics with the left hand and military with the right," an unnamed senior US official told the daily.

Wave after wave of US bombers, including giant B-52s, carpet bombed frontlines in northern Afghanistan for more than four hours Thursday, dropping their thunderous payloads on Taliban positions close to the Tajik border.

The ground shook and windows shattered as far away as Khwaja Bahauddin, an opposition-held town 25 kilometers (15 miles) from Taliban forward positions, reporters in the region said.

Meanwhile the death in New York from respiratory anthrax of a hospital employee had investigators stymied because she had no known links with the postal service, the media or government -- prime targets of the anthrax mail campaign that US officials blame on unidentified terrorists. 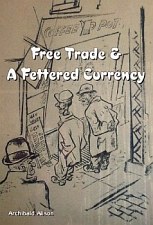