29th October 2001 it is announced that Kissenger is to be made an Adviser to the China Offshore Oil Co - see the press release from http://www.cnooc.com.cn/english/news/news_detail.asp?idnews=352 included below.

And would Kissenger's valued "world vision" by any chance correspond with this New World Order vision by any chance? The press release does go on about it being a global company.

It does seem that Kissenger and President Ford supplied high speed computers to China in 1973 for Oil Exploration. (The Kissenger Transcripts 1995)

And Kissenger Associates lobbied in 1997 to make China a member of the WTO. Hurrah.

Henry Kissinger and Simon Murray join the team along with others

October 29, 2001, CNOOC Limited (SEHK:883, NYSE:CEO, the "Company") announced today that the Company has established an International Advisory Board with top-notch, globally well-respected political figures and corporate leaders as members. This testifies to the Company's commitment to ensuring highest management quality that surpasses international standards and good corporate governance.

The mission of the Advisory Board is to provide the management with strategic advice on world events and macro issues that may impact the Company's development.

The five prominent members of the Advisory Board include former US Secretary of State, Dr. Henry Kissinger, as well as Mr. Simon Murray, former Managing Director of Hutchison Whampoa and currently the Chairman of a private investment group. Other members are Professor Edward Steinfeld, a political economist at Massachusetts Institute of Technology; Dr. Erwin Schurtenberger, former Ambassador of Switzerland to China; and Professor Kenneth S. Courtis, an economist at Goldman Sachs and the Vice Chairman of Goldman Sachs Asia.

"As a global oil and gas company, CNOOC Ltd. needs advisors with global vision and world-acclaimed track record to spearhead the Company together with our management team in a dynamic and highly globalized environment. We are delighted that the Company is able to recruit an advisory board with world-class quality and diversity," commented Mr. Wei Liucheng, Chairman and CEO of the Company. "The establishment of the Advisory Board is part of the company's efforts to ensure highest management quality and best corporate governance, which is of paramount importance to creating values for our shareholders. The Company and our investors will both benefit from it significantly."

Dr. Henry Alfred Kissinger was sworn in September 22, 1973 at the White House as the 56th Secretary of State. He will continue to hold the position of Assistant to the President for National Security Affairs which he first assumed in 1969. Dr. Kissinger was born in Germany in May, 1923. He received the PhD Degree at Harvard University in 1954. He has written six books and more than forty articles on United States foreign policy, international affairs, and diplomatic history and received many awards on his achievements in international affairs.

Simon Murray was the Executive Chairman of Asia Pacific for the Deutche Bank Group with responsibility for the supervision of operation of 80 offices in 17 countries in the region. He has lived in Asia for over 30 years, 14 of which were spent with the Jardine Matheson Group. Thereafter he founded Davenham Investments, a project advisory company. He later sold the firm and became the Group Managing Director of Hutchison Whampoa in 1984. He is currently a Director of a number of companies that include Hutchison Whampoa, Cheung Kong Holdings, Tommy Hilfiger in the USA and Vivendi Universal in France.

Edward S. Steinfeld is an assistant professor at the MIT Sloan School of Management. He received both his undergraduate and doctoral training at Harvard University. He is a China specialist, and speaks and reads Mandarin, and has conducted extensive firm-level research in China. His book, Forging Reform in China: The Fate of State-Owned Industry, was published in 1998 by Cambridge University Press.

Dr. Schurtenberger was the Ambassador of Switzerland to China, the Democratic People's Republic of Korea and the Republic of Mongolia. He has been an independent business advisor to various European multinationals, American groups and humanitarian aid organizations such as Credit Suisse Financial Services, Novartis and Bunge. He received a PhD. Degree in Economics and was trained in political science and philosophy.

Kenneth S Courtis is Managing Director of Goldman Sachs and Vice Chairman of Goldman Sachs Asia. He advises the firm on economics and strategy throughout the Asia-Pacific region as well as in Europe and North America. Professor Courtis has won numerous prizes and distinctions for his research and is valued advisor on international economic, financial and investment matters. He has published on major international economic, public policy, investment, and strategy issues and frequently commentator on television news programs. Prior to joining Goldman Sachs, he served as Chief Asia Economist and Strategy for Deutche Bank

--One, if war should be prolonged in the obvious way, we could be helpful by supplying equipment and other services.

--What I want to discuss today is what we can do to shorten the period of vulnerability. ....One problem any country has is early warning ....We would be prepared to establish a hotline between our [military satellites] and Beijing by which we could transmit information to you in a matter of minutes."

During conversation with President Ford and Henry Kissinger, Deng Xioaping requesting high-speed computers, 12/4/75, pp. 403-04 (in September 1976, Ford approved export of computers for oil exploration purposes, with weak safeguards against diversion for military use): Deng: .. under the present situation, some things we are interested in perhaps you find it impossible to supply. Like for instance computers of a speed of 10 million times. We do not think such issues are of great consequence.

Secretary Kissinger: Our problem is we have refused certain computers to the Soviet Union. [Deng spits into his spittoon]. I think we could approve computers to the People's Republic of China that would be of considerable quality. ....

The President: Mr. Vice Premier, in principle we would be very anxious to be helpful in the computer area.

BEIJING -- With Republicans in the U.S. Senate preparing to show how China sought to exercise illegal and improper influence over U.S. politics, the activities of the real -- and far more powerful -- China Lobby have gone unexamined.

Made up of the largest U.S. corporations, the China Lobby is dedicated to unfettered trade with China. It wants to ensure that the U.S. market is open to Chinese imports -- including, most importantly, goods manufactured by the U.S. companies' subsidiaries, contractors or partners in China. And, it is increasingly oriented to ensuring that the Chinese market is open to U.S. investment.

The principal vehicle of the China Lobby is the United States-China Business Council, a grouping of more than 300 firms including Boeing, Philip Morris and AT&T. A host of public relations firms, lobby shops, think tanks and consulting firms -- including the notorious Kissinger Associates of former U.S. Secretary of State Henry Kissinger -- supplement the efforts of the U.S.-China Business Council.

Fresh from another victory on the extension of most-favored-nation (MFN) treatment to China, the China Lobby is now orienting itself to obtain much more sweeping change: it wants to bring China into the World Trade Organization, on terms set by U.S. corporations. 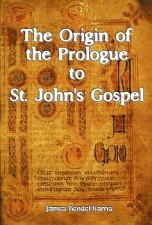