Use of Slave Labor
by the American Clothing Industry
in China

The United States imported more than one billion clothing items from China in the first ten months on 1997. Of the four million garment workers in China most are young women from the countryside, suffering horrible working conditions, many not even aware of their human rights prohibiting this. Many of the companies behind this are popular American brands that the average consumer does not know use slave labor.

The apparel workers in China are about eighty percent female, from age seventeen to mid-twenties. Some are fired at twenty-five for being too old. Known as “mingong” or peasant workers, they have migrated from rural areas and have never been formally educated or had a paying job. The company that hirers them gives them a temporary resident permit and a dormitory to stay in. Both are revoked if the worker is fired. The workers do not know about American companies, their right to a work contract, holidays, overtime pay, or basic human rights. (“Imagine the Lives Behind the Label,” 4, http://www.nlcnet.org/China/imagine.htm)

The workers usually work for a contracting company that receives the orders from the garment companies. Many of the clothing companies contracting slave labor are well-known American companies. Ann Taylor contracted Kang Yi Fashion Manufacturers who employ three hundred young women working seven days a week from seven in the morning to midnight for a total of ninety-six hours at fourteen cents per hours. The women live in dormitories containing between six and ten women in a room and must pay between six and eight dollars in rent for this living space and between almost twenty-nine dollars a month for food. Ralph Lauren and Ellen Tracy use workers from Iris Fashions, who have a forced overtime, seventy-two to eighty hour work weeks, twelve to fifteen hour shifts for six days a week, being paid twenty-nine cents per hour and six cents per hour more for overtime. They also live in a dormitory with six women to a room. The You Li Fashion Factory, contracted by the Esprit Label, has a ninety-three hour workweek, seven days a week from seven thirty in the morning to midnight, sometimes using twenty-four hour shifts. The workers are paid thirteen cents per hour with no overtime pay and no benefits. The dormitories are especially filthy and house six to eight women per room. None of these contractors have unions and the workers have never even heard of a Corporate Code of Conduct. All of the workers are fearful of speaking out for their rights because they know they will be fired if they do. Other United States labels using slave labor in China are Liz Claiborne, Bugle Boy, Wal-Mart, J.C. Penny, Sears, The Limited (Structure), T.J. Max, Casual Corner, Kmart, Cherokee Jeans, and other labels that could not be identified. (“Naming Names,” 1-18, http://www.nlcnet.org/China/names.htm)

The factories in China are unmarked without signs posted or even a listing in business directories. No visitors are allowed inside. They are trying to keep their working conditions a secret. The clothing companies claim the conditions of their factories in China is “proprietary information,” and that the public does not have a right to it (“Who’s Who: Top US Apparel Companies in China,” 1, http://www.nlfcnet.org/China/whoswho.htm) Contractors are hired to fill orders. There is a network of many different contractors, and a company might use as many as ten different contractors for the same order. The combination of the secret factory locations and conditions, and this network of contractors make it difficult for United States consumers and sometimes the companies themselves to be unaware of the conditions the workers in these factories face (“Raising the Asian Tiger,” 1-2, http://www.nlcnet.org/China/riding.htm)

With so little information coming out of China about the illegal and immoral working conditions of their factories to the United States consumers and so little information going into China to the workers about their human rights, American consumers continue to unknowingly purchase clothing made with slave labor and workers continue to be enslaved, unaware of their own rights as human beings. Until information reaches both groups and the secrets of the factories and companies using slave labor are publicized, no improvements will be made. We need individuals and the federal government to get involved in stopping this evil. 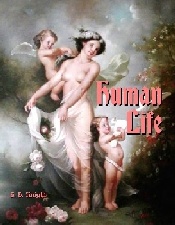