LONDON - A 30-year-old photograph of Osama bin Laden, wearing purple flared trousers, a skinny-rib jumper and leaning against a pink Cadillac, that enduring symbol of America, is being hawked around by a Swedish picture agency at 1,000 pounds a copy.

Meanwhile, Western security agencies are reported to believe that one of the hijackers who flew into the World Trade Centre (WTC) was part of the team that seized Indian Airlines flight IC 814 from Kathmandu, and took it to Kandahar in 1999.

According to The Times, London, the Indian Airlines hijacking and the WTC attacks are thought to bear the fingerprints of senior Hizbollah leader Imad Mughniyeh, who is now believed to be somewhere in Iran.

The paper said Mughniyeh's whereabouts are likely to be raised with the Iranian government by British foreign secretary Jack Straw during his ongoing visit to Teheran.

Mughniyeh, who has proven expertise in hijackings, is especially prone to using pocket knives and scissors in hijacks, rather than guns.

The paper recalled that the Indian Airlines hijack was accomplished by a similarly-armed gang, who stabbed 25-year-old Rupin Katiyal, while other passengers were ordered to watch him bleed to death. It said that intelligence officers discerned the same pattern in the American hijackings, with a stewardess and a business-class passenger being stabbed on the flight that crashed in rural Pennsylvania. The other passengers were told to keep watching.

Investigators say Mughniyeh is linked to Bin Laden's Al-Qaeda network, through the leader of the Egyptian Islamic Jihad, Dr Ayman al-Zawahiri, who is known to be close to Bin Laden.

But even as intelligence agencies investigate the extent of Bin Laden's links with terrorist outfits around the world, the West is digesting quite a different image of the young boy through a family photograph, taken in the Swedish town of Falun in the summer of 1971.

The photograph, which appeared in several British tabloids on Monday, accompanies media revelations that not only was the young Bin Laden fairly Westernised before he embraced Islamist radicalism, he also had a close family link with American President George W. Bush.

The paper said that Salem, who died in a plane crash in 1983, became Bush's business partner through James Bath, a close friend of the future American president.

Salem, says the paper, appointed Bath as his representative in Houston, Texas. It was Bath who invested 50,000 dollars in Bush's company and also bought Houston Gulf Airport on behalf of Osama's elder brother.

The paper said a White House spokesman was unavailable for comment on the subject on Sunday night.

The Swedish owner of the hotel Osama Bin Laden stayed at all those years ago, is quoted to say "they (Osama and Salem) were such nice boys, beautiful boys, so elegantly dressed. Everybody loved them". She added that the innocent young Osama often played with her two sons. 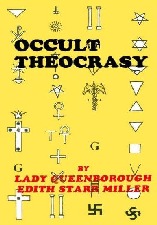 Back to Asia News Menu
Back to News Archive Menu