Information you may be interested in. Three years ago I made a film in Iraq on 'Depleted Uranium'.

A veteran journalist has described how he covered the depleted uranium story two years ago, only to find it stifled by compliant news editors. Giles Trendle, a freelance reporter in Beirut for CNN, CBS, The Sunday Times and The Economist between 1985 and 1995, wrote and filmed a documentary on DU in 1999. Mr. Trendle's film showed distressing scenes in southern Iraq resulting from radioactive poisoning caused by DU, but also balanced the allegations of cancers and deformities with Allied claims that the substance is safe. The film was sold to Swedish, Danish, German and Dutch TV stations, but didn't get aired in Britain or the United States. " 'BBC Newsnight' was due to run the film," says Mr. Trendle, "but [they] pulled it off the schedule at the last moment (with no reason given). The film has recently sold again in Italy, Belgium and Australia. I knew I was onto something when I made this film - but then I was a 'mere' freelancer, outside of the corporate media system."

Dark Secrets in a Blighted Land:

With the new fears of 'dirty bombs' being used by terrorists, it is disturbing to think that the West itself may be guilty of using the dirty bomb of depleted uranium. Iraq claims that allied bombs dropped during the Gulf War of 1991 have contaminated the country and exposed the Iraqi population to a catastrophic health risk. In particular, bombs containing a heavy metal known as Depleted Uranium.

American and British forces fired over a million rounds which contained Depleted Uranium - a substance which is believed to be both radioactive and chemically toxic. Depleted Uranium is used in military ordnance because it has a greater density than lead - making it an ideal armour-piercing weapon. It was also used by American forces in the Kosovo crisis.

Iraq was once known as the ancient land of Mesopotamia - a Sumerian name meaning "land between two rivers". For thousands of years the waters of the Euphrates and the Tigris have provided a fertile land for the people. But now this ancient land has been polluted.

This is rejected by the authorities in the West. In tests on its own soldiers the Ministry of Defence in Britain officially rejected the possible harm of Depleted Uranium.

The United Nations Sub-Commission on Prevention of Discrimination and Protection of Minorities in August 1996 passed a resolution calling for the ban of depleted uranium and certain other weapons. The resolution should not have been necessary-such attacks have been war crimes since Protocol 1 Additional to the Geneva Conventions of 1977. Article 56 of this Protocol prohibits what would obviously be catastrophic to life, any "attack (that) may cause the release of dangerous forces... and consequent severe losses among the civilian population." The use of depleted uranium is surely a breach of the Geneva conventions governing the conduct of war.

It would be a sad and shameful irony if it turns out that the West - which accuses Saddam Hussein of amassing weapons of mass destruction - is itself guilty of using radioactive and chemically-toxic weapons.

Why has the mainstream media failed to fully cover this issue, rather than giving it negligible coverage?

Why is there no media campaign for a full and independent inquiry into the effects of Depleted Uranium? 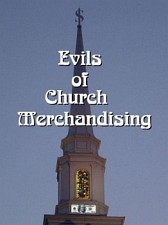