Thousands Of Children Stolen
From Early Jewish
Immigrants To Isreal
by Yechiel A. Mann

In the years 1948-1954 thousands of children were taken, sometimes forcibly, from their biological parents while in hospitals or child-care homes. These children were then sold both in Israel and abroad for substantial sums (that varied from case to case), or given out for adoption. Their parents however were told that the children had died. In most cases, when the parents asked about the cause of death or requested a death certificate, or other documentation confirming the death of their children, they were ignored and their requests went unanswered.

They never saw a body. In most cases, not even a burial spot was seen. In a few cases, however, graves were shown to the families. Some of those graves, later on, were dug up by parents who did not believe that their beloved, healthy child truly died overnight. The graves were recently found empty.

These activities were carried out by doctors, nurses, social workers and other members of the Israeli Establishment at that time. I have heard many "moral" justifications given for taking these children from their parents.

I do not believe any are legitimate. It seems to me that the real reason for the kidnapping of the children was money. People in positions of power at the time that the State of Israel was established profited from the abduction and sale of children from poor immigrant families.

This practice continued on at least into the early 1960s. Some say that it still continues, although on a much smaller scale.

One common misconception is that these abuses were practiced against Yemenite Jews alone. While researching this issue I have concluded that the victims also included immigrant Jews from Tunis, Spain, Morocco, Lybia, Iraq, Iran, and Belgium, to name a few countries. In most cases, the immigrants came from Middle Eastern countries.

The number of kidnapped children has been told to be around 2,400 by the official investigating committee. When Rabbi Uzi Meshulam was still collecting evidence, he gathered the names of 4,500 children. I believe that the real number is much larger than that. Since I have found that many families never reported the disappearance of a child, I estimate that approximately 10,000 children were kidnapped and sold, and I would not be surprised if the real number is higher.

In the next chapters individual cases are presented, including descriptions of some of those involved in perpetrating this alleged crime.

On this web site you can read some of the sad stories, and learn about the people who perpetrated this crime. 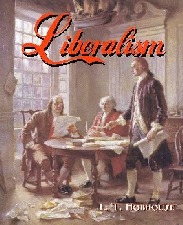