Five Israelis who had worked for a moving company based in New Jersey are being held in U.S. prisons for what the Federal Bureau of Investigation has described as "puzzling behavior" following the terror attack on the World Trade Center in New York last Tuesday. The five are expected to be deported sometime soon.

The families of the five, who asked that their names not be released, said that their sons had been questioned by the FBI for hours on end, had been kept in solitary confinement for three days, and had been humiliated, stripped of their clothes and blindfolded.

The mother of one of the young men explained the chain of events as she understands it to Ha'aretz:

She said that the five had worked for the company, which is owned by an Israeli, for between two months and two years. They had been arrested some four hours after the attack on the Twin Towers while filming the smoking skyline from the roof of their company's building, she said. It appears that they were spotted by one of the neighbors who called the police and the FBI.

The mother said that the families and friends of the five in Israel had known nothing of the men's whereabouts for a number of days.

"When they finally let my son make a phone call for the first time to a friend in the United States two days ago, he told him that he had been tortured by the FBI in a basement," the mother said. "He was stripped to his underwear; he was blindfolded and questioned for 14 hours. They thought that because he has citizenship of a European country as well as of Israel that he was working for the Mossad [Israel's secret service]."

Seven FBI agents later stormed the apartment of one of the Israelis, searched it and questioned his roommate. The Israeli owner of the company, who has U.S. citizenship, was also questioned. Both men were subsequently released.

The five were transferred out of the FBI's facility on Saturday morning and are now being held in two prisons in New Jersey by the Immigration and Naturalization Services. They are charged with illegally residing in the United States and working there without permits.

The Foreign Ministry said in response that it had been informed by the consulate in New York that the FBI had arrested the five for "puzzling behavior." They are said to have had been caught videotaping the disaster and shouting in what was interpreted as cries of joy and mockery. 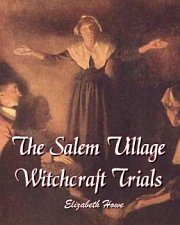