THE STORY OF A TERRORIST

In 1986, a terrorist blew up a bus in Tel Aviv.. Many people were killed. The Israelis, due to their exceptional intelligence, captured, tried and imprisoned this man.

As part of the Oslo Agreement, Israel was forced to agree to release so called "political prisoners".. Israel, however, refused to release any prisoners with "blood on their hands".

The US Administration, led by President R. Reagan and Secretary of State, George Schultz, bowing to Arab demands, pressured Israel to compromise on its policy against terrorists and insisted that they release Palestinians who had killed and injured Israelis in terrrorist attacks. Thus, Israel was forced to release many terrorists, one of whom went to live in the United States.

His name was MOHAMMED ATAR, one of the pilots who flew a United Airlines jet into the World Trade Center.

Under the presidency of George Bush, the father, the United States signed an agreement to fund the construction of a huge military installation and airbase in Saudi Arabia.

Bush and James Baker are business colleagues, and their companies made huge consultancy fees on contracts awarded to the BIN LADEN COSNTRUCTION CONSORTIUM.

These were the multi-million dollar bases that the Saudis have now refused the US to use in its war against Bin Laden.

The US Administration did not press the issue.

The view from here is sponsored by A World of Jewish Singles.
www.worldofsingles.com 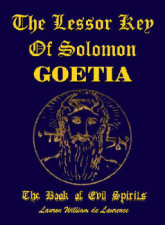