BAGUIO CITY—Health officials declared an outbreak in the city after a killer bacteria claimed the lives of four patients in less than 30 hours here. Another four patients are still undergoing treatment for the dreaded menigo­co­ccemia bacteria at the Baguio General Hospital and Medical Center.

The announcement prompted some schools here to cut short their classes and send their students home on Friday.

News about the reported casualties owing to menigococcemia spread like a wildfire in the city and as far as Bataan as evidenced by countless inquiries and confirmation calls received by the Department of Health office here.

The patients died of the dreaded menigococcemia, a fast-spreading infection caused by neisseria meningitides bacteria, which first inflames the throat. Afterwards the bacteria finds its way to the blood stream, allowing it to infect the body’s organs and cause them to malfunction.

Acute respiratory tract infection, cough and cold-like symptoms, vomiting and diarrhea characterize menigococcemia. The bacteria can quickly kill a patient, especially below 10 years old, less than 24 hours after the infection.

Four more patients from Baguio and nearby Benguet province are confined at the Baguio General Hospital and Medical Center and doctors are closely monitoring their conditions, according to Dr. Antonio Bautista, head of the DOH Prevention and Control Division.

Bautista said only BGHMC is admitting possible menigoco­ccemia patients after Saint Louis University Sacred Heart Hospital and the Baguio Medical Center informed the health department that they were not equipped to handle the infection.

Since March this year up to the present, 9 out of the 17 possible menigococcemia patients died, which the department claimed as “unusual” occurrence of the disease because the last menigoco­ccemia cases recorded in Baguio was in 2000.

The health department experts, along with the City Epidemiology Surveillance Unit of the Baguio Health Department and the various sentinel hospitals in Baguio and the Benguet General Hospital in La Trinidad, Benguet, are working hand in hand in their clustering activity to determine the commonality among the victims and determine the origins of the infection.

Initial result of the clustering effort showed that three of the four casualties recently attended a wake in one of the funeral homes in Baguio.

Baustita said health officials are closely monitoring the immediate family members of the casualties, including the surviving patients, and they were advised to take two 600 mg rifampicin tablets a day for three days.

Children suspected to have contact with those who were infected were also advised to take two 40 to 50 mg rifampicin tablets a day in three days. The medicine tablet can be bought over the counter in pharmacies.

To avoid menigococcemia, the public was advised to maintain good body resistance, take vitamins and to minimize stress. 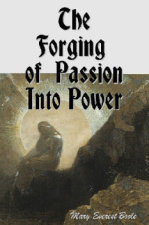 Back to the Asia Menu
Back to News Archive Menu