Russia sets out to tackle "2003 problem"
By Andrei Shukshin

MOSCOW, Sept 13 (Reuters) - Russia's Parliamentary leaders and President Vladimir Putin agreed on Wednesday to embark on a three-year crash course to thwart what they said was an anticipated chain of disasters due to hit the country in 2003.

"(These are) issues of extraordinary importance, strategic issues which may degenerate into a serious threat for the existence, I want to stress this, for the existence of Russia," former Prime Minister Yevgeny Primakov told reporters.

Some experts have singled out 2003 as the year when three problems -- a big debt bill, eroding infrastructure and an ageing population -- could combine to throw Russia into turmoil. Primakov, leader of the centre-left OVR parliamentary faction, was one of several top members of the State Duma lower house of parliament to meet Putin in the Kremlin. In addition to the "2003 problem," the agenda included next year's budget and media freedom and ownership. Both sides agreed urgent measures had to be taken to avert the looming disaster.

Problems of Russia's crumbling industrial base were highlighted last month when a nuclear-powered submarine sank with the loss of all 118 crew on board and a day-long fire gutted Moscow's Ostankino television tower, a national symbol. Putin said at the time the fire was proof of the dangerous condition of the Russian infrastructure. A power shortage last weekend also forced officials to shut down nuclear reactors, including those at a giant, top-secret fuel reprocessing plant whose boss said that only staff discipline prevented a major crisis.

PRO-KREMLIN PARTY BROUGHT UP THE 2003 PROBLEM

Boris Gryzlov, leader of the pro-Kremlin Unity faction which was the first to raise the issue, said Russia would also have to deal in 2003 with a colossal $17 billion foreign debt payout and a massive population shrinkage. Gryzlov said the problems had already been discussed with cabinet ministers and the parliamentarians had agreed with Putin to set up a commission to tackle the issue head-on. "The question was discussed at length and the president approved our initiative and said he would dispatch representatives of his administration to the working group," Gryzlov said after the Kremlin meeting. He said the commission could start work as early as Monday and suggested the government could alleviate the crisis by using budget windfalls, such as extra revenue from higher oil prices, on paying off straight away debts maturing in 2003.

Some observers said the 2003 deadline was rather artificial and might serve political purposes.

Dmitry Pinsker, Kremlin-watcher for the liberal weekly Itogi, said Kremlin spin doctors planned to make a fuss over the initiatives, in part to answer critics who charged them with inaction during the Kursk submarine disaster last month. Economic analysts say Russia's financial and infrastructure problems are real, but picking a date is somewhat arbitrary.

"A lot here is artificial," Oleg Vyugin, a former first deputy finance minister and now executive vice president at Troika Dialog investment bank, told Reuters. Russia is due to pay slightly more than $16 billion in debt payments that year, compared with $11.3 billion due in 2001, he said. But there was still plenty of room for restructuring. "Everyone knows that the infrastructure is deteriorating, but that does not mean that this will all happen in 2003. The television tower burned up this year," he said.

"For these guys to be thinking three years ahead is pretty good," he said. 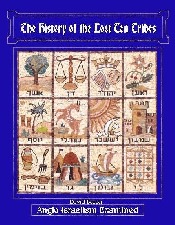