The Russian President, Vladimir Putin, says: ``We have always been initiators of the effort to unite the forces of the international community in the battle with terror. If we want to win there is no other way. We must unite forces of all civilized society.''

NO, HONEST, HE REALLY SAID IT. NO KIDDING.

``We're still the greatest nation on the face of the Earth, and no terrorist will ever be able to decide our fate,'' Bush said in his weekly radio address.

He met with advisers at Camp David this weekend as the Pentagon ordered ships and planes to the Middle East and thousands of reservists stepped back into uniform. B-52s departed Saturday from Barksdale Air Force Base in Louisiana.

The president will soon sign an executive order naming terrorist organizations and specific terrorists around the world and freezing their U.S. assets, said a senior administration official, speaking on condition of anonymity. The official would not say whether the order would list terrorist groups beyond al-Qaida, the network controlled by Osama bin Laden.

Putin and Bush conferred by phone, their third such conversation since Sept. 11. The White House depicted the call as one in a series to discuss a united front against terrorism. ``The president appreciates President Putin's engagement and support in the fight against terrorism,'' White House spokeswoman Jeanie Mamo said.

Putin huddled with his national security advisers, and made an appearance on Russian television.

``We have always been initiators of the effort to unite the forces of the international community in the battle with terror. If we want to win there is no other way,'' Putin said. ``We must unite forces of all civilized society.''

In his radio address, Bush spoke of the wounded economy, which many economists believe is guaranteed to slip into recession.

``Our economy has had a shock. Many workers lost their jobs this week, especially in the airline and hospitality industries, in restaurants and in tourism, as companies struggle to remain afloat,'' he said. ``I applaud those companies who are making extra efforts to avoid laying off workers even during difficult times. Many Americans have also seen the value of their stocks decline. Yet, for all these challenges, the American economy is fundamentally strong.''

The United States and the Taliban leadership of Afghanistan appeared locked on a path toward conflict. Afghanistan's ambassador to Pakistan, Abdul Salam Zaeef, said Saturday an unmanned spy plane was shot down over Tashgurgan Pass in Afghanistan's northern Samangan province by Taliban soldiers armed with Russian-made anti-aircraft weapons.

``We are still trying to ascertain what country this plane belongs to,'' Zaeef said.

A Pentagon spokesman, Lt. Col. Mike Milord, would not comment on the report.

``As the secretary of defense has said, we will not discuss any operational issues,'' he said. ``We will not respond to each and every statement of the Taliban.''

En route to the region from the United States were a third aircraft carrier, B-52 bombers, warships capable of launching ground-attack Tomahawk cruise missiles and jet fighters. The air war would be directed by Lt. Gen. Charles Wald, who flew last week to Prince Sultan Air Base in Saudi Arabia.

Saudi Arabia's foreign minister was in Washington last week for consultations, and U.S. officials said the kingdom was cooperating with U.S. requests.

The United States has ``a command and control center with Saudi Arabia. It's up and running and it's operational,'' a senior U.S. official said Saturday.

The nation of Turkey sent a letter to Washington agreeing to let transport plane use its airspace and airports. More than 50 U.S. and British jets are based on Incirlik air base in southern Turkey.

On Sunday, Bush planned to join Marines at the presidential retreat to help return U.S. flags to full staff for the first time since the attacks.

The country is still reeling from the attacks that destroyed the World Trade Center and damaged the Pentagon at a probable cost of more than 6,000 lives.

I Voted For the Shrub, Too!

Bush Said I Can Have This One 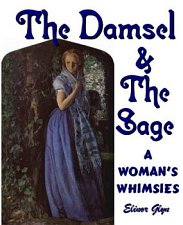