When I read the following I immediately thought of you and how this will prevent you from speaking in Australia. I can see a similar law being created in Canada if it has not already been done.

To me, you signify the lone lighthouse showing the way for those lost in the ocean of illusion. Thank you for all the work you are doing and know that there are so many who are helping spread your gift of truth. Our local library now has all your books and I have just donated your "Road to Freedom" video. I smile when I walk past the shelf where your books are kept and see that they have all been signed out and there is a waiting list for them.

Are You Going to Break the Law Today?

'Freedom of Speech Lost', if this important individual right is suppressed the only opinions expressed will be from Media Speak.

As we know rights and liberties are not removed overnight, the Fabians invented gradualism and Bob Hawke perfected it. First individual responsibilities are removed, and then rights are eaten up by the parasitical 'white ants' known as parliamentary drafters. For the,'so called' common good of us all. One of our most recent infestations into the wooden legs of freedom is the:

Well that sounds harmless enough, but I always thought I had the right to discriminate about who I employed, or who I asked into my home, or who my children go to school with. I must have been wrong. I don't hate anyone, so it's not going to affect me, I'm not a racist. Those laws are for racists and bigots not fair minded middle of the roaders like me. So if I don't have the right to discriminate anymore I can live with that, it's easy.

As well as that, I felt comfortable when I read in the paper that on it's first introduction to the parliament Matt Foley Attorney General said, it was designed to protect the right to Free Speech. I should have remembered that old saying, 'How do you know when a politician's lying? When you see his lips moving.' It applies to all politicians who have sold their souls to the major parties.

How do you know he or she is lying many would ask? Well in the explanatory notes which are up there in the Parliamentary Library's web page right next to the Bill itself, it say's.

Objectives of the Legislation

The Bill contains new racial and religious vilification provisions which will limit the right to freedom of speech.

The right to freedom of speech is not absolute, but is limited by a number of existing laws such as defamation, censorship and sedition.

Well that's a 180 degree turn around for starters, the Minister says one thing the parliamentary drafters who work for him say the opposite. Maybe he never read it, well how can he honestly recommend it to the house?

Rights are absolutes, you can either use them or be a slave, you're either dead or alive, you cannot limit the lion when you have let him out of the cage, in the same way you cannot expect common sense and rational thinking from power hungry bureaucratic government employees. Take liberty from the individual, give power to the State and they will use it.

Laws on defamation state that the truth is a defence, but that does not apply in this Act.

Laws on censorship are not to stop the exploitation of minors and people prostituting themselves, but at present, only employed to protect the government from criticism.

Again the Law of Sedition was enacted with good intentions to protect the Monarch from republicans and traitors. Not to protect our politicians from criticism, which is the way it's currently being employed.

Our rights suffer incursions constantly but because they have exceeded their powers before, cannot now be used as an excuse to make it acceptable. Their unlawful legislation, unlawful as it is invalidated by the 'Rule of Law 'which is the code we are supposed to live under, cannot remove a right. The 'Rule of Law' has codified for thousands of years our perspective of what Rights are.

The Right to defend our rights and our lives, as one without the other is useless.

The Right to own and use tools to defend our lives.

The Right to free expression.

The Right to own property.

The Right to travel freely.

The Right to earn a living and feed our families.

The Right to access free justice, where no one is above the 'Rule of Law'

Rights are what places us above the animals, without Rights we may as well be a monkey on a chain.

Matt Foley and Peter Beatty cannot legislate Statute Law to remove any of these rights, they may think so, as many might believe them, but ultimately they will in time be judged inequitable.

This Act when passed will overturn our English Legal tradition and help convert it into a totalitarian tool of dissent control. It gives gaol terms, even if there is no proof of intent. (Section 12 a). No presumption of innocence until found guilty once you are reported to the commissioner, he prosecutes you at the government's expense, you defend yourself as best as you can at yours. You will be judged not by a Jury of your neighbours but by a government appointed tribunal. As in all dictatorial regimes you do not have the right to be confronted by your accusers or even know who they are. As Section 226 A gives the power to the tribunal to suppress it.

226A Continuing prohibition on identity disclosure

(a) under section 191(1),2 the tribunal makes an order prohibiting the disclosure of the identity of a person

Matt Foley says it's so Good

By their own words, if you commit, hate-speech, graffiti, gestures, distribute propaganda or any other forms of offensive literature that are damaging to individuals or groups you are breaching this Act and could end up in goal for six months. You only have to vilify the cohesion and harmony of a culturally diverse society and you're in the slammer too. Does this mean I cannot tell any more Irish jokes? Or dress up as Al Jolson? Every week I used to enjoy the Black and White Minstrel Show, can I still keep my Golly Wog?

This is all bad news for freedom loving individuals that may like to have an outrageous tee shirt or who may like to take up a petition (Petition a Right included in the Bill of Rights 1689) to ban the Moslem practice of female circumcision, but the part which gives it First Prize in the Nobel Prize of tyrannical legislation for 2001 is this little section.

Clause 8 inserts a new Chapter 4 Part 4 which establishes a new ground of complaint of racial or religious vilification... the section will not require proof that anyone was actually incited, to be satisfied. The test of whether incitement has occurred is an objective one, based on a hypothetical listener or viewer.. If a complaint to the Anti-Discrimination Commission in Queensland discloses a possible contravention of the new section 124A, it may be conciliated and enforced under the existing provisions of the Act

So there you go, this is one of those Acts which completely break new ground, as well as being accused by someone who can remain anonymous, for something you did not intend to do, they do not have to prove that the crime of incitement occurred, only if it could happen hypothetically, then the tribunal finds you guilty and off you go to gaol. The terminology of this Act is so obscure it could be used against anyone at anytime, petition to stop the de-sexing of cats and you could offend someone.

It's a Free Country, or Was It

This couldn't happen in a free country could it? I did meet some fourteen year old school children once, who believed we lived in a free country they had been told that at school and like good kids, had never thought that it might not be so. Of course even with adults these days, people who think are harder to find. Still there might be some adults, who would not believe that this sort of thing could happen here.

Well I have news for them it's happening here already under the Commonwealth Act, which is not quite as draconian but still infringes on the Freedom of Speech and ultimately destroys the individual.

It makes no matter if Dr Toben says anything, on his web site, about what Germans did to Jews or Americans did to Germans or if he says the Moon is made of green cheese, what he is saying about the Freedom of Speech is very appropriate and he has to be supported or we and our children will all lose in a very dramatic way.

The State will find a way to either make us too scared to say anything or condemn us for what we do say. It is a Galileo's return to the Inquisition, a return to despotism. 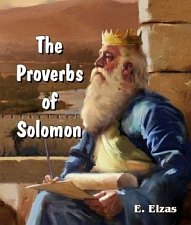