If Australian corruption author Raymond Hoser is jailed on October 23, this will set a very dangerous precedent in terms of free speech and will instill more stringent control and certainly an obliteration of the availability of independent media sources & reporting throughout Australia.

Hoser , the author of many books including , "Taxi - Indecent Exposures" and the now infamous underground best sellers, "Victoria Police Corruption" 1 & 2 , which exposed the deep stench of corruption in the Victorian Police force , implicating politicians , QC's & prominent lawyers , was issued a writ by Victoria's Attorney-General Rob Hulls over the books , "Victoria Police Corruption" part 1 & 2 (released in 1999) and ordered off the bookshelves in 2000.

Two years after publication & with total hard copy sales of over 10,000 copies (PLUS CD's , extracts & so on) , Hulls instructed his lawyers to sue Hoser and his publisher Kotabi for "contempt". The charge of "contempt" alleges that Hoser and his publishing company Kotabi have "scandalized" the Victorian courts. But late in 2000 the Hulls side conceded sections of the books were totally true and correct! Hoser's lawyer Alex Tees notes however that a profoundly important factor of the British legal system (which Australia's judicial system is based upon) has been overlooked & that is, that the courts should be open to public scrutiny & contempt.

Hoser's Kotabi publishing house is regarded as one of Australia's leading independent publishers. The attempts to jail Hoser, seize his assets and ban his books, because his books had undermined public confidence in the legal system and Victorian Attorney-General Rob Hulls "must defend the integrity of the legal system" , as related by Hulls' personal media director , Joel Dean , is ultimately endeavouring to suppress and censor free speech and the availability of independent media & publishing sources.

If indeed Hoser is jailed on October 23, then a precedent WILL be set providing the likes of Victorian Premier Steve Bracks and Attorney-General Rob Hulls enough judicial ammunition to silence anyone & ANY independent media operator they wish to suppress and black ban, merely because they may be questioning and reporting on inappropriate conduct and actions of public officials , like politicians , those in the judicial system and prominent figures who maintain they're working in the best interest of the community.

In addition to this these same people have the general public believing in the propaganda and false agenda's they promote through their controlled and manipulated mainstream media sources, which the way this is proceeding (i.e. jailing Raymond Hoser & establishing a catalyst & a very dangerous precedent) will one day be the ONLY source of information readily available. This is evidenced in the on-going censorship of independent media sources on the Internet and introduction of filtering software, under the false guise of protecting our children from pornography and paedophiles on the world wide web.

The political climate here in Australia has been a point of focus domestically and internationally this week with the so-called "Refugee Crisis" and the conduct of Australia's elite SAS troops on board the 'Tampa'.

Meanwhile in Victoria, an on-going pay dispute and subsequent restriction of duties by Victoria Police force members has fuelled many issues in mainstream media, not least the issue of public safety in conjunction with 'statistics' of heightened crime rates & offences and not least a potent political mix and range of 'statistics' reported in mainstream circles of the link between crime and ethnic diversity , shire by shire. Suggesting with more immigration, Australia becomes unsafe. All this within the last seven days. When there is a general perception and consensus that public safety is compromised , the cries are heard: "Something must be done!" , the solution - more policing , more surveillance -- a totalitarian police state.

Jailing Raymond Hoser on October 23 is a primary ingredient for the establishment & the system to set a precedent and sentence and convict ANYONE challenging and questioning the structure and function of the system.

It's been foretold there will come a time like this , where if you dare to challenge and ask questions , you will be incarcerated if you don't follow the party line and officially earmarked as a dissident. It is covertly acknowledged that Australia has SIX concentration camps at present , with three more in the pipeline , to be developed , in conjunction with new privately-owned prisons being developed and opened in Victoria at the present moment. The federal government is currently detaining refugees in these 'camps'.

It is CRUCIALLY IMPORTANT that Raymond Hoser's case is no longer suppressed and it is recognised that a DANGEROUS PRECEDENT will be set if he is to be jailed on October 23. The long-term impact on free speech and availability of independent media & publishing sources is profound if this precedent is set. The foretold time will be upon us , where those of questioning the actions of the establishment and the conduct of our public officials, will be incarcerated in these 'camps' (and probably used for purposes of slave labor) , if we collectively don't act and install a revolt, defending free speech and independent media and publishing sources and making those wishing to implement a totalitarian police state AWARE, that knowledge cannot be suppressed and people like Raymond Hoser CAN NOT and SHOULD NOT be jailed because they document the truth (which to many people's surprise , a large percentage of which , is a matter of public record) , then a precedent can't be set and it's a victory in favour of free speech and independent media , until a new challenge arrives.

I had a telephone conversation with Raymond Hoser on August 28th and he is concerned that a dangerous precedent will indeed be set if he is sentenced to jail , but didn't make any note of the fact that he will be leaving his wife and family behind , suggesting he certainly isn't pushing the Hoser envelope, but truly crusading and martyring for the cause of free speech and the right to it , both here in Victoria & throughout Australia. 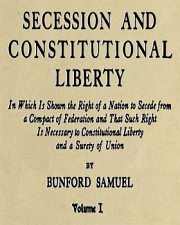