Australian Puppet Media
Does Not Allow Criticism of the Bush War

The treatment meted out in the media to Australian boxer Anthony Mundine over the past week reveals that the political establishment cannot tolerate any criticism of the US-led war in Afghanistan. In the matter of a day, he was transformed from a "role model" for young Australians to persona non grata and subjected to crude insults, political bullying and threats to his career.

Twenty-six-year-old Mundine, a talented Aboriginal sportsman, is the current International Boxing Federation (IBF) Pan-Pacific super-middle weight champion and in training for a world title fight in Germany on December 1. Before becoming a professional boxer in 2000 he was a first-class rugby league football player.

Last Monday, the day after he had successfully defended his IBF title with a knockout victory, Mundine was hailed as boxing's "man of the moment". Appearing on Channel Nine's Today program, Mundine was asked what he thought about the war against Afghanistan. After explaining that he opposed the participation of Australian troops, Mundine said: "It's not about terrorism, it's about fighting for God's laws, and America has brought it upon themselves [for] what they've done in the history of time."

The interview was suddenly cut-the network blamed technical difficulties-and all hell broke lose in newsrooms across the country. The media seized on Mundine's rather confused comments, and the fact that he had converted to Islam in 1998, to claim that he supported the September 11 terrorist attacks on the US and had blamed the victims for their own deaths.

Talkback radio announcers began denouncing him as an "extremist," unpatriotic and a supporter of the Taliban and Osama bin Laden. Labor Party leader Kim Beazley and a string of state and federal politicians criticised him and several local Islamic leaders claimed he had given Muslims a bad name.

Significantly, in light of the media reaction, Channel Nine later revealed that the public response to Mundine's comments was far from being all negative. The network's switchboard had been swamped by phone calls, half of them from viewers accusing station management of censoring the sports star because he had opposed the war.

Mundine was immediately contacted by the Foxtel cable television network, his principal financial backer and the pay-per-view channel with exclusive rights to the boxer's fights. Foxtel television chief Brian Walsh told the boxer in no uncertain terms that his personal life and sporting career would be destroyed unless he made a public apology.

The anti-Mundine campaign continued unabated the next day. IBF ratings chairman Joe Dwyer told the press that Mundine's comments had "killed his career" and he should "stay out of America". Local and US sporting officials denounced Mundine and US cable television networks-HBO and Showtime-said he was now "too hot to handle." By Thursday, the World Boxing Council announced that it had cancelled Mundine's international ranking indefinitely, ruling out his chances of fighting in the US.

Mundine was lambasted in virtually every newspaper in the country. Writing for the Age newspaper in Melbourne, Greg Baume was typical. Baume ignored the political questions raised by Mundine's remarks and simply hurled abuse at the boxer, denouncing him as "thick" and an idiot. Tuesday's edition of the Rupert Murdoch-owned Sydney Daily Telegraph went into overdrive with an editorial, three major comments, three news articles and an op-ed cartoon-all attacking him. The editorial demanded the boxer "explain the reason for his views and apologise for them".

In a piece entitled "Punch drunk on perversity," the Daily Telegraph's columnist Piers Akerman warned Mundine that if wanted to "retain his right" to comment from "the safety and security of our democracy" then "he should support the US." Akerman seemed oblivious to the obvious question: what sort of "democracy" is it when only those who support the US-led war and the powers-that-be have the right to free speech?

In reality, the war has nothing to do with defending democracy in Afghanistan, the US or Australia, where basic democratic rights are increasingly under attack. The crude attempts to silence Mundine indicate a nervousness in official circles that support for the war is not as solid as the media would have it appear. The fear is that any criticism of the war-by Mundine or anyone else-will become a focus for wider opposition.

Commentator Miranda Devine revealed these concerns in the Sydney Morning Herald, a newspaper that postures as a "liberal" alternative to its Murdoch-owned rivals. The main issue was not Mundine, Devine suggested, but "countless left-leaning Western commentators," whom she claimed supported the Taliban. Devine singled out Australian journalists Philip Adams, Bob Ellis and John Pilger, as well as Susan Sontag and Edward Said in the US, describing them as "traitorous" and said they functioned as "handmaidens of Osama bin Laden".

The message is clear:
any criticism of the war,
no matter how timid or confused,
has to be silenced. 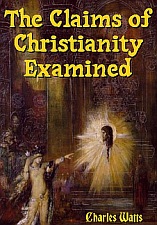