I was at your Newcastle meeting last Thursday and was thoroughly enthralled by your outstanding presentation. It was a most enlightening evening. Thank you very much.

I am sending you this piece of info that I found tonight - you may already know about it - A bill, encouraged by the entertainment industry, to include "Police Ware" in new computers sold in USA to stop copyright infringement. Yeah right?? What else is in their minds??

Surfing around during my daily activities on the net found me coming across this page, which actually made me quite glad someone made a petition against the much hated SSSCA (Security Systems Standards and Certification Act). This site is an online petition against the crap the entertainment industry (i.e. RIAA/MPAA) wants passed to make life for us really lame.

The SSSCA is a bill, pushed by the entertainment industry, to be proposed in Congress by Senators Fritz Hollings (D-SC) and Ted Stevens (R-Alaska). The acronym stands for "Security Systems Standards and Certification Act".

WHAT WOULD THIS LAW DO?

The law would force all new personal computers and digital home entertainment devices sold in the United States to have government-approved "policeware" built-in. This policeware would restrict your use of copyrighted material on these devices -- including music files and CD's, video clips, DVD's, e-books, and more.

WHO COULD GO TO JAIL?

You, if you're one of the millions of Americans who uses your computers to burn music CD's, listen to MP3's, share video files, etc. You'd face up to five years in federal prison and a $500,000 fine.

Think you'd be able to get around the law by removing the policeware from your personal computer? Think again -- anyone who defies the government by disabling or tampering with the policeware on their own computer, in the privacy of their own home or business, would also face five years in the slammer.

Since alternative operating systems like Linux and FreeBSD would most likely refuse to incorporate government policeware into their code, users of these open-source systems would also be eligible for hard time.

So there you have it, someone who finally created what I so much wanted to be done. I hope all CD Freaks visitors take a good look at what the entertainment industry is trying to pass, and sign this petition. Though this bill seems far fetched and most people I know think there is no chance in hell it will pass, then how did the DMCA get through? 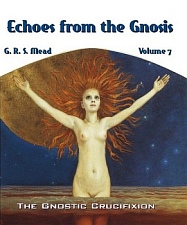