Mr Lange told One News in an interview broadcast last night that Mr Quayle had told the Australian Cabinet during a visit in 1989 "that I would have to be liquidated" because of New Zealand's anti-nuclear stance.

The US Embassy denies the threat was ever made. However, Mr Lange today told The Post that Mr Quayle and American Navy officials had made threats on his life.

He said Mr Quayle's threat had been passed on by an Australian Cabinet Minister, who he declined to name.

"I'm not making this up . . . It's very hard for people to realise the atmosphere and the emotion of the time. You had a lot of very aggrieved people associated with defence in the United States."

Mr Lange didn't mention the threat to any other Cabinet Ministers but did pass it on to the Security Intelligence Service, who investigated and reported that Mr Quayle wasn't to be taken seriously.

"He wasn't taken seriously by his own folk, that was the tragedy," Mr Lange said. "I didn't feel at risk from the US Navy because they didn't come here anyway, and I certainly wouldn't be at risk from a chap who couldn't spell tomato."

Mr Quayle - George Bush senior's vice-president from 1989 to 1993 - was regarded as a figure of fun for his repeated verbal gaffes.

In 1992, he corrected a child who had spelled "potato" on a blackboard during a spelling bee - making the boy add an "e" at the end of the word. The incorrect word was not "tomato" as Mr Lange recalls.

A US Embassy spokeswoman said it hated to challenge the memory of a former prime minister but the suggestion that Vice-President Quayle would threaten to kill Mr Lange was "preposterous".

Neither the Australian Embassy nor Prime Minister Helen Clark's office had any comment. 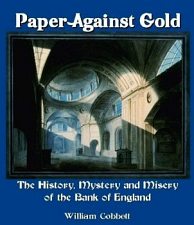