Links Between Profits and Terrorists

BRUSSELS, Sept. 22 -- The president of Germany's central bank said today there was mounting evidence that people connected to the attacks in New York and Washington sought to profit from the tragedy by engaging in "terrorism insider trading" on European stock and commodity markets.

Ernst Welteke, head of the Bundesbank, said a preliminary review by German regulators and bank researchers showed there were highly suspicious sales of shares in airlines and insurance companies, along with major trades in gold and oil markets, before Sept. 11 that suggest they were conducted with advance knowledge of the attacks.

Welteke said his researchers came across what he considers almost irrefutable proof of insider trading as recently as Thursday, but he refused to release details pending further consultations with regulators in other countries.

"What we found makes us sure that people connected to the terrorists must have been trying to profit from this tragedy," he said at a meeting of European finance ministers and central bankers.

Besides massive short selling of airlines and insurance stocks, Welteke said "there was a fundamentally inexplicable rise" in world oil prices just before the attacks that suggest certain groups or people were buying oil contracts that were then sold for a much higher price. He said German researchers also detected movements in gold markets "which need explaining."

"If you look at the movements in markets before and after the attacks, it really makes your brow furrow," Welteke said. "It is extremely difficult to really verify it, but we are confident we will be able to pinpoint the source in at least one or two cases."

The comments by the central bank chief of Europe's biggest economy were the first public confirmation that regulators were close to proving that groups linked to the U.S. attacks sought to exploit their advance knowledge through trades in international markets.

Welteke's announcement stunned the finance ministers and central bankers, who met in the eastern Belgian city of Liege this weekend to discuss plans to introduce the first notes and coins of the euro, which will go into circulation in 12 European countries at the end of the year. Their agenda was dominated instead by economic fallout from the attacks.

They agreed on an emergency plan to help European airlines pay for insurance, averting a possible shutdown by European airlines on Monday. While ruling out direct government aid, banned under EU rules, finance ministers agreed to allow governments to act as guarantors for the airlines for at least a month, Bloomberg News reported.

Didier Reynders of Belgium, the current chairman of the EU finance ministers, said other EU countries were investigating their stock and commodity markets to identify any suspicious trades made before Sept. 11.

European regulators are known to be studying the stock movements of three large reinsurance companies in Germany, France and Switzerland to see if their sharp drops in value were related to block trading in the four days preceding the attacks. Reinsurance companies provide coverage for losses by insurers and could be saddled with enormous costs from the attacks.

European agencies have been working closely with the Securities and Exchange Commission in their inquiries, which include stock movements of the French insurer AXA and Switzerland's Swiss Re. Ettore Candolfi, a board member of the Swiss stock exchange, said a preliminary review showed several large block trades in Swiss Re of up to 16,000 shares in the four days before the attacks.

German regulators said they were paying particularly close attention to "suspect movements" in the stock of Munich Rethe largest reinsurance company in the world, that estimates its losses from death and destruction at the World Trade Center will exceed $2 billion. In the four days before the attacks, the stock lost 13 percent of its value.

Financial authorities in Europe said their scrutiny of suspicious stock sales formed part of a broader inquiry into the global financial dealings of Osama bin Laden, who is widely suspected as the mastermind of the terror attacks.

Swiss prosecutors also are focusing their attention on an investment bank in Lugano called Al Taqwa, which means "fear of God" in Arabic. Swiss police suspect it may have handled important transactions for bin Laden, but they have not been able to find conclusive proof of links to terrorist plots.

The German newsweekly Der Spiegel quoted Luxembourg justice authorities today as saying they were probing a cash transfer worth about $5 million that provides clues "which could go straight to the economic center of Osama bin Laden's terror empire." The Italian government is looking into reports that bin Laden channeled funds through brokerage houses in Milan to speculate on international financial markets.

Elsewhere in Europe today, Belgian police arrested two men and seized a large quantity of chemicals in an action linked to the recent arrest of Islamic militants, a spokeswoman for the Brussels prosecutor's office said. Belgian media reported that the chemicals could have been used to make a bomb, and that the arrests foiled a "terrorist" plot.

In London, a 29-year-old man, one of four people arrested Friday by anti-terrorist police in connection with the attacks on the World Trade Center, was released from custody, Scotland Yard said, declining to provide further information. 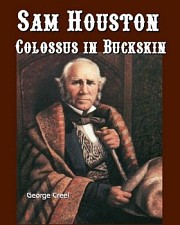