By William Young
TRIBUNE-REVIEW
For roughly 20 years, John Levendosky II led Boy Scout troops into the woods for camping excursions and chances to earn merit badges, but a camping trip he took three boys on last weekend has landed him in jail.

Levendosky, 52, of East First Avenue in Derry, was charged with corruption of minors, simple assault, endangering the welfare of children and related charges and put in the Westmoreland County Prison in lieu of $25,000 bond. The Greater Westmoreland Fayette Council suspended Levendosky from his position as assistant Scoutmaster.

State police said Levendosky used the camping trip in Fairfield Township as a way to get the three boys to strip naked, spank each other and cavort about in various stages of dress.

Troopers also said Levendosky, who told authorities he planned the weekend because he has always been fascinated by bondage and servitude, bound and blindfolded the boys at various times.

And it's likely that no one would have found out if one boy's parents hadn't noticed the letter "T" carved into his chest.

"The actor went to great pains to swear the kids to secrecy," state police Sgt. William Krulac said Tuesday morning, hours after arresting Levendosky. "He did not sexually assault them and the kids were not seriously hurt, but it was a very bizarre episode."

When the mother of one of the children was informed by another boy's mother what happened during the overnight camping trip, she was shocked.

"I'm very upset. Just to know I dropped him off and didn't think to question (Levendosky)," the mother said. "I'm disappointed with myself."

The Tribune-Review is not identifying the victims because of the nature of the alleged events.

"I thought they were going to learn to hike, maybe get a patch for learning something," the mother said, adding that she did not know Levendosky well but that he had always seemed like a nice man. "I didn't have any foresight into this. I didn't see it coming."

From the get-go, Troop 303's camping trip violated Boy Scout policy. The policy requires two adults to be present at any activity, but Levendosky was the only adult present.

Court records show that once Levendosky and the three boys got to their campsite on Friday, he instructed the boys to learn five different codes, with each code denoting a differing level of undress.

After taking the boys out for pizza, Levendosky returned to the campsite and had each of the boys strip naked and pose in 10 positions, according to court documents.

Later in the day, Levendosky bound each boy's hands together with rope and blindfolded each with an Ace bandage. Levendosky then tied each boy to a separate tree, suspending them by their hands.

It was then, according to court records, that Levendosky used a folding knife to carve the letter "T" into each boy's chest, at one point causing one of the boys to moan, "I can't take this anymore."

Additionally, the boys were required to play strip poker, paddle each other while nude, and sleep naked with their hands bound, court documents show.

The next day, Levendosky packed up camp and took the boys back to his home, where he allowed them to watch "Porky's," a raunchy comedy about high school kids in 1950s Florida.

When state troopers raided Levendosky's home early yesterday morning, they found pornographic materials and a three-page document detailing precisely what Levendosky planned to do to the boys. It included the phrase, "I mark you with the T of Trust and Training."

State police said that under questioning, Levendosky admitted to the activities described by the Scouts. 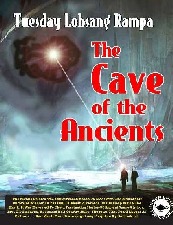