Information: Please check out the Institute of Welfare Officers and role of welfare officers in the UK. Also the Labour MP Denis Turner who for many years was (and probably still is) their deputy president. He knows all about their activities, and I have letters from him pompously trying to make excuses for inaction.

I was involved in what became a physically, mentally and sexually abusive & expliotative relationship with a staff welfare officer called John Andrew Price from the Inland revenue in the 80s and 90s. This man was incidentally trained in the techniques of NLP (Neural Linquistic Programming), and used these on me to hijack my decision making & judgement.

I eventually learned (he could not hold his drink and, maybe due to some residue of conscience, it would all come spilling out), that he was a pedophile and he admitted part of his welfare job was to identify civil service families where incest was occurring. Sometimes men would go to him for help in controlling their impulses, at other times it would be wives or grown up daughters reporting discoveries.

The welfare officer would interview them and get confessions on tape, or persuade the abuser to hand over photos (as a gesture of commitment to change). Then the men would be blackmailed to provide their children for the use of the paedophile ring for which the welfare officer worked. (I eventually reported this to the Institute of Welfare Officers with my own taped evidence, and they basically got a bent doctor (who did not meet or examine me) to certify me as delusional.

It was then suggested they could have me sectioned under the mental health act should I breathe another word. John Price was rewarded by a transfer to the government's CCTA computer development department. The job involved negotiating purchases of computer equipment for government departments with contracts worth tens & hundreds of thousands of pounds. He mostly dealt with a subsidiary company of British Telecom which did this kind of work.

It was here I first learned of his activities: a child prostitute he had hired had backed out and he got panicky and tried to persuade me to step in, explaining it was because I was of a physically slight build and from the right angle could be taken for a thirteen year old. I was told my role would be to entertain a man while someone else surreptitiously caught him on a video camera. On film I had to look like a child. It was suggested this would 'assist' favourable terms on a computer deal.

Although I had decided to screw up my courage to refuse (and face considerable wrath) I questioned him further, and he told me about regular 'parties' or civil service & computer 'friends'.

These would be all-male gatherings, and the entertainment would be a young girl (who had been drilled to swear she was 18) brought in by her 'boyfriend' ready prepared with 'tablets' and drink (needed because the girls often got 'tearful and distressed' when they found out their role). These also seem like pedophile gatherings.


Back to the European Continent Menu
Back to News Archive Menu 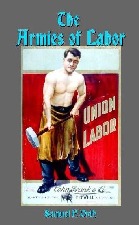