BIGGEST DEPLOYMENT OF
ROYAL NAVY AND ROYAL MARINES
SINCE THE FALKLANDS WAR
LEFT FOR THE MIDDLE EAST
A WEEK BEFORE THE U.S. ATROCITIES
WHICH HAVE BEEN BLAMED ON THE ISLAMIC WORLD.

JUST A CO-INCIDENCE, NOTHING TO WORRY ABOUT??

The aircraft carrier HMS ILLUSTRIOUS sailed from Portsmouth on Monday 3 Sept as the flagship of the largest maritime deployment undertaken by the Royal Navy and Royal Marines since the Falklands conflict.

HMS ILLUSTRIOUS is the flagship of three groups of warships and Royal Fleet Auxiliaries deploying on ARGONAUT 2001 to the Middle East and back. The series of manoeuvres and visits will culminate in a major exercise - "SAIF SAREEA 2" - involving the British Army, the Royal Air Force and the Armed Forces of Oman. The ships and personnel are due home from the 13,000 mile, four month deployment before Christmas.

In all, 24 surface ships from Britain will be involved, plus two nuclear submarines. Royal Navy Sea Harriers and RAF Harrier GR7s will also be embarked in ILLUSTRIOUS, together with a variety of helicoptors in other ships of the Task Group. Royal Marines of 3 Commando Brigade will be involved in amphibious landings on the coast of Oman.

The amphibious warfare and mine countermeasures groups have already departed from Plymouth and Portsmouth; the faster carrier group will catch them up en route for the Middle East.

"This is a significant display of maritime power - we are sending 8,500 sailors, airmen and Royal Marines to the Gulf Region. In total the Argonaut task group consists of 40 separate commands, brought together into an integrated, self sustaining joint fighting force." 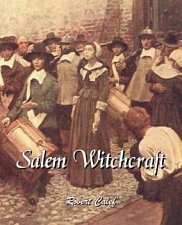