KEY EVIDENCE ON LOCKERBIE BOMBING WAS NOT INVESTIGATED. SECURITY GUARD SAYS THE PAN AM BAGGAGE AREA AT HEATHROW WAS BROKEN INTO BEFORE THE FATAL FLIGHT

SECURITY guard Ray Manly was stunned when his evidence of a potential bomb threat to Pan Am's Flight 103 was ignored by the Lockerbie trial.

The reason was simple - a statement he made to police disappeared and his information was overlooked. As a result, neither prosecution or defence knew a break-in had taken, place.

It left the way clear for terrorists to steal a luggage tag and plant a suitcase bomb among baggage already X-rayed and ready for loading.

Although Mr Manly reported the break-in, it was NOT Investigated before take-off.

And, 12 years later, there Is no sign of the statement or padlock which could hold vital forensic clues. A.

'Mr Manly., 63 - who has since been questioned for three hours by prosecutors - told a friend: "I can't believe my evidence was not part of the trial and my statement went missing.

"A terrorist who wanted to put a bomb on that plane would have gained access to the perfect place. The luggage would not be checked again before being loaded on the plane.

"Although police took a statement, I never heard from anyone afterwards. When there was no mention of my evidence at the trial 1 rang police who put me in touch with the defence.

"They told me no one knew about my statement or the break-in. I find that just Incredible.

"My statement has disappeared and so has the padlock. No one can even tell me if it was tested for fingerprints.

"This has been weighing on my mind for over 12 years. At last ,someone is taking it seriously."

The Mirror has obtained copies of two sworn affidavits Mr Manly, who has arthritis, made to defence lawyers.

They will form a key part of Al Megrahi's appeal next year, Mr Manly may be called to give evidence.

The guard discovered the security breach at 12.30am on December 21, seventeen and a half hours before Flight 103 was ripped apart at 31,000ft.

At the time he was in charge of four staff stationed at numbered control posts on the public side of the airport to ensure only those authorised could enter the airside section.

One control post - CP2 - was on the ground floor of the terminal, leas than 5Oft from the Pan Am cheek-in desk.

It was next to the entrance to a Pan Am baggage area on the airside used for luggage too big to be processed by normal cheek-in procedures.

There was a door in a corridor linking the check-in area and the control post. But It was never locked.

A guard would be posted outside the rubber doors of the baggage entrance at all times when they were unlocked.

When there were no more bags to cheek in, the doors would be locked and a padlocked metal bar placed across.

Mr Manly, of Surbiton, Surrey, was making his rounds when he found the broken padlock.

He said in his statement to lawyers: "Position CP2 had been interfered with. The doors were closed.

"However, the padlock was on the floor to the left of the doors and had

been cut through in a way which suggested bolt cutters had been used. I reported my discovery to my night duty officer, Phil Radley and stayed at the post until I could be relieved.

"I did not search the area or enter into the airside through the door. No other person came to the scene.

"In the area airside of CP2, baggage containers for use inside aircraft were left. Loose baggage tagged for loading on to flights would also be left.

"In the cheek-in area Pan Am baggage labels of various types were left unsecured in desks.

"I believe it would have been possible for an unauthorised person to obtain tags for a particular Pan Am flight then, having broken the CP2 lock, to have introduced a tagged bag into the baggage build up area."

Now retired Mr Manly told his friend: "It was the most serious security breach that I came across in 17 years at Heathrow.

This was a professional job. It would have allowed an intruder direct access to the area where Pan Am bags were stored.

"The bags had come from other flights and would already have been tagged and X-rayed."

Mr Manly - who recorded the incident in a log book and an Incident report form - reported back to his supervisor who alerted police at the airport.

He was told to stay at CP2 until he was relieved two hours later. In that time, neither his supervisor or police arrived.

Amazingly, Mr Manly was not interviewed by anti-terrorist police until the following month.

He said: "I was interviewed by a Mr Robson who took a statement. He had the broken padlock in his possession."

After learning that his evidence was lost, Mr Manly was quizzed in March by a lawyer from ^Scottish prosecutors.

He said: "He wanted to know why I hadn't come forward before. I told him I'd given my evidence to police and assumed it had gone forward to the court.

"No one has been able to explain why that didn't happen.

"It was lucky the airport authorities were able to find the log book and incident form I'd filled in. Otherwise I doubt anyone would have believed me."

Al Meghari. was jailed for a minimum 20 years in January by

Prosecutors claimed the Libyans placed a suitcase bomb on a flight from Luqa airport, in Malta, to Frankfurt.

The case was then "interlined" on to a connecting flight to Heathrow where it was stored before being loaded on Flight 103.

But Al Megrahi's defence, Bill Taylor QC, insisted there was no direct evidence of this.

Instead, he said, a terrorist could have introduced the bomb at Heathrow as there would be less risk of the device being lost.

bags were loaded on the flight along with luggage from Frankfurt and Heathrow passengers.

At the time, Heathrow did not have guards based inside the airside baggage build-up area.

There- was also no system to prevent unaccompanied bags being loaded on planes.

At first, it was believed Palestinian terrorists carried out the attack on the orders of Iran.

Suspicion fell on Megrahi and Fhimah after the CIA received information from a Libyan spy.

The Procurator Fiscal's Office in Edinburgh, which brought the case, said last night: "As an appeal is pending it is inappropriate to comment."

Lockerbie truth must come out

THE destruction of Pan Am Flight 103 over Lockerbie was the biggest mass murder in British history.

You might have thought it would lead to the most intense, careful investigation.

Yet today The Mirror reveals that a vital Piece of evidence has been ignored for 12 years. A break-in was discovered at the terminal where the luggage for that flight

Senior security guard Pay Manly says it was the most serious breach in his 17 years at Heathrow. And it happened 18 hours before Flight 103 took off.

This should have been at the top of the investigators' list. Instead, Mr Manly's statement was "lost", as well as the padlock, which had been professionally cut.

This reeks of incompetence - or something much more sinister. It certainly throws into doubt the one conviction secured at the Ł66million trial in the Netherlands.

We demanded a full Public inquiry then. Now it is essential. The truth must be told about a crime which resulted in 270 deaths. 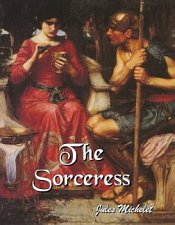