US Planned To Attack Taliban
BEFORE WTC/Pentagon Attacks

A former Pakistani diplomat has told the BBC that the US was planning military action against Osama Bin Laden and the Taleban even before last week's attacks.

Niaz Naik, a former Pakistani Foreign Secretary, was told by senior American officials in mid-July that military action against Afghanistan would go ahead by the middle of October.

Mr Naik said US officials told him of the plan at a UN-sponsored international contact group on Afghanistan which took place in Berlin. Mr Naik told the BBC that at the meeting the US representatives told him that unless Bin Laden was handed over swiftly America would take military action to kill or capture both Bin Laden and the Taleban leader, Mullah Omar.

The wider objective, according to Mr Naik, would be to topple the Taleban regime and install a transitional government of moderate Afghans in its place - possibly under the leadership of the former Afghan King Zahir Shah.

Mr Naik was told that Washington would launch its operation from bases in Tajikistan, where American advisers were already in place.

He was told that Uzbekistan would also participate in the operation and that 17,000 Russian troops were on standby.

Mr Naik was told that if the military action went ahead it would take place before the snows started falling in Afghanistan, by the middle of October at the latest.

He said that he was in no doubt that after the World Trade Center bombings this pre-existing US plan had been built upon and would be implemented within two or three weeks.

And he said it was doubtful that Washington would drop its plan even if Bin Laden were to be surrendered immediately by the Taleban. 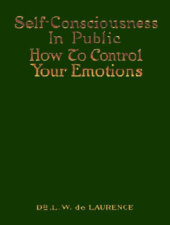