BLAIR WAR TEAM LED BY NOTORIOUS
SPIN DOCTOR
WHO TELLS HIM WHAT TO THINK.
HOW COMFORTING.

Tony Blair has taken a leading role amongst Western leaders in planning the retaliation against those deemed responsible for the New York atrocities.

Inevitably he relies on a team of key individuals to offer him both political and military advice. The key players are:

Their relationship is so close that observers often wonder who pulls whose strings.

He is the man who advises the PM on everything from what media appearances to make, to the words he should utter.

He was parachuted into Brussels to sort out the Nato press team during the Kosovo conflict.

He is primarily a political adviser who will weigh up all the pros and cons for the government of Britain's involvement in the current crisis.

If you know Alastair's mind you know the prime minister's mind.

One of Tony Blair's oldest friends and confidantes, his personal assistant Hunter is the prime minister's door keeper.

He doesn't go anywhere without her and she has recently been given an even more powerful role co-ordinating contacts between all government departments.

She is fiercely loyal to Blair and will be advising him on how his decisions will play with other ministers and other governments.

The Downing Street chief-of-staff is amongst the handful of advisers Blair relies on on a daily basis.

He was a career diplomat who gave it all up to work for the New Labour prime minister.

He has comprehensive contacts in Washington and has played a key behind-the-scenes part in the Northern Ireland peace process negotiations.

Blair will rely on him for advice on how to play the conflict with governments across the globe.

He has close contacts with foreign government and, if a British diplomat sneezes in Islamabad or Jerusalem, Kerr will know about it.

He was recently criticised by a powerful Commons committee over the arms-to-Africa affair.

His performances before that committee were studies in Foreign Office speak and understatement.

The chief of the defence staff is Tony Blair's most important military adviser.

Unlike his predecessor General Sir Charles Guthrie, he is not overtly political.

He is, however, believed to have reservations about US plans for a national missile defence system.

He will be giving the prime minister detailed assessments of the military options, their likely success and the likely fallout.

He has direct access to the prime minister and will currently be talking to him on a daily if not hourly basis.

The former MI6 spook is at the centre of the intelligence networks which will be advising the prime minister on the likely perpetrators of the New York atrocities.

He is currently the chairman of the joint intelligence committee which co-ordinates all intelligence reports and informs ministers.

Like Sir Michael Boyce his advice will be crucial to the prime minister as he attempts to assess the scale of the terrorist threat and the most effective way of dealing with it.

The former ambassador to Nato and Israel he is now the head of the cabinet office defence and overseas secretariat.

He is also a key foreign policy adviser and will be giving the prime minister crucial advice on his possible options and how they will play around the world.

He is well known and respected in the White House.

The cabinet office briefing room A - which first came to prominence during the foot-and-mouth crisis - is now the room where ministers and advisers meet to discuss the "war" in the civil contingencies committee.

This is where the prime minister can take soundings from the likes of foreign secretary Jack Straw, home secretary David Blunkett, Chancellor Gordon Brown and defence secretary Geoff Hoon.

While these ministers' input is valuable, they will not carry as much weight as the specialists.

The prime minister is notorious for his habit of informing ministers of what he is about to do rather than seeking their views. 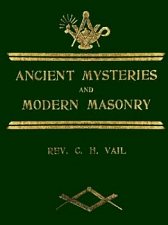