"Now look lady, I don't care if you are 103, you could still be a terrorist mastermind. I want to see your identity card, zip your micro-chip, and check your support for the government rating before I can allow you to enter your driveway." I am just doin' my jaaab, lady, it's the law.

President George W Bush may lift the ban on US involvement in assassinations overseas as the US targets those behind the attacks on New York and Washington.

The policy review comes as Pakistan is making a last-minute attempt to persuade Afghanistan to hand over prime suspect Osama Bin Laden.

The US has threatened military action against Afghanistan if it does not comply.

Mr Bush, who has been chairing a "council of war" with senior security advisors at Camp David, is also hoping to get a raft of security measures pushed through this week, including increased powers on detaining non-US citizens, phone tapping, tracing laundered money and tougher penalties for those assisting terrorists.

Ending the assassination ban, which is in the form of an executive order, can be done by the president without consulting lawmakers.

Officials have refused to discuss the controversial reversal of the ban, but Secretary of State Colin Powell said "everything" - including former president Gerald Ford's 1976 decision to forbid US personnel from killing foreign leaders - would be reviewed.

"It's still on the books and as part of our campaign plan we are examining everything, how the CIA does its work, how the FBI and Justice Department does its work," said Mr Powell.

In Tuesday's attack, hijackers took control of four US airliners, crashing two into the twin towers of the World Trade Center in New York and a third into the Pentagon. A fourth airliner crashed in open countryside in Pennsylvania.

Hundreds of people are confirmed dead and thousands more are missing.

As thousands of federal agents continue the country's biggest-ever criminal investigation, four people are now being held as material witnesses - a term that means they are considered important enough to affect the outcome of the case.

The FBI has about 4,000 agents tracking down 40,000 leads in the attacks, making the code-named PENTTBOM probe the largest investigation in US history.

A further 25 people were taken into custody on alleged immigration violations and were being questioned, and the FBI was seeking more than 100 others for questioning.

Read the REAL Reason for Terrorist Elimination Authority in these related articles: (TEA - yep its the TEA party against Freedom this time) 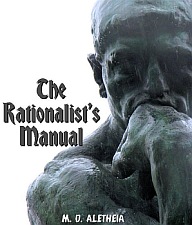