STRAW MAN IN HISTORIC VISIT TO IRAN TO INVITE TERRORIST REGIME TO JOIN WAR ON TERRORISM.
AND BRITAIN MUST BE PREPARED FOR `WAR' CASUALTIES, HE WARNS.

BRITAIN MUST BE PREPARED FOR
"WAR" CASUALTIES, WARNS STRAW.

BRITAIN will suffer casualties in any military action against those responsible for the US terror attacks, Foreign Secretary Jack Straw warned today as he set off on a groundbreaking visit to Iran.

Mr Straw's trip to Tehran - the first by a British foreign secretary since the Islamic revolution there in 1979 - is part of the effort to underpin a world-wide coalition against terrorism.

As the US and its allies edged closer to military action, Mr Straw said he understood the anxiety in Britain over possible action.

"Above all, what people have to expect (is) a great deal of uncertainty, and I'm sorry about that," the Foreign Secretary told BBC Radio 4's Today.

"But it is very difficult in these extraordinary circumstances, where this is not any kind of classic war, but we're fighting non-state terrorists supported by a semi-state.

"The circumstances are very uncertain and, of course, people are going to be worried and above all those in the services and service families.

"There will be risks and there may well be casualties, and that is a very heavy responsibility on all of us who are having to make these decisions, but it is obviously very, very much worse for those taking the risks and for their families."

During his trip to Iran, Mr Straw said he would try to offer the evidence of bin Laden's involvement in the terrorist attacks.

But he added that this would not be easy as most of this information involved "intelligence services" sources.

"There can scarcely be anyone in the world, including Iran, who doesn't actually understand the complicity of the Taliban - palpable complicity - in the most terrible death and destruction that is being caused in Afghanistan and their association with Osama bin Laden and the al-Qaida organisation."

Mr Straw's trip was part of a four day tour to the Middle East including visits to Jordan, Israel, the Palestinian Authority, and Egypt.

As he prepared to leave RAF Northolt in north west London, Mr Straw said that Iran could play a significant role in the developing political coalition against international mass terrorism and the Taliban regime.

He added: "The most important thing Iran contributes is that by their stand against the Taliban they are demonstrating very vocally that this is not a fight against Islam or the Muslim faith.

"So many nations where the population are of the Muslim faith have suffered grievously (because of the Taliban).

Mr Straw said that he hoped his tour of the region would also contribute to advancing the Middle East peace process.

"Everybody recognises how important it is that progress is made in the Middle East peace process, that is why we are all pushing for the long delayed meeting between chairman Arafat and Foreign Minister (of Israel) Shimon Peres, if possible today."

Mr Straw was expected to use the trip to publicise a British Government offer to provide 25 million of aid to help neighbouring countries deal with growing numbers of refugees leaving Afghanistan.

The US and the UK both maintain that there is evidence that the terror attacks on New York, Washington and Pennsylvania were inspired by bin Laden, and that he is being sheltered in Afghanistan by the Taliban.

Mr Straw's trip to the region was intended to reinforce Arab support for the anti-terror coalition, both by demonstrating a willingness to foster better relations with states such as Iraq - long regarded as a pariah by the West - and by giving a boost to the Middle East peace process.

Although Iran has ruled out allowing allied aircraft to fly over its territory for any strikes against Afghanistan, it can make a significant contribution to the allies' effort through helpful gestures such as receiving Mr Straw, and by remaining neutral in the struggle to come.

President Khatami has been quick to denounce the attacks on America - usually regarded in Iran as "The Great Satan" - and has called for global action against terrorism.

Mr Straw's tour of the region was due to begin with a call on King Abdullah of Jordan.

He was due to fly on to Tehran tonight, holding talks with senior ministers and possibly President Khatami tomorrow morning, before flying on to Israel.

More than 50 demonstrators were arrested later when they protested outside the British embassy in Tehran against Mr Straw's visit.

They shouted "Death to America" and "Death to Britain" before baton-wielding police moved in.

An embassy spokesman said: "There was a small demonstration during the late morning. I didn't see it so I can't say if the people were arrested.

"It's not unusual for there to be street demonstrations, but we haven't had one here for some time." 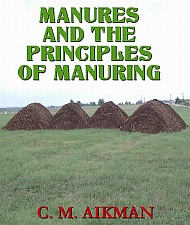