LONDON, England -- Political leaders rushed to say after the attacks on the World Trade Center and the Pentagon that the world would never be the same again. But even they have probably been amazed at how quickly a new world order has begun to take shape.

Within two weeks we have seen new partnerships and alliances forged. The jealous guarding of spheres of influence has been abandoned, at least for a while. Regional powers have made crucial strategic choices. Countries long estranged have renewed old contacts.

It was perhaps predictable that NATO should for the first time have invoked Article Five and declared that the attack on the United States was an attack on all 19 members, even though that attack came from a band of terrorists rather than a hostile state.

It was a good deal less predictable that the next meeting of the NATO council should include the attendance of the Russian Defence Minister Sergei Ivanov.

Not so long ago Russian President Vladmir Putin was baulking at the idea of NATO expanding eastwards to include Baltic states like Latvia, Lithuania and Estonia. Now, calling for mindsets to change in recognition that “the Cold War is over,” he appears to be openly canvassing for Russian membership of the alliance.

Two weeks ago Ivanov was insisting there was no way Russia would countenance a U.S.-led anti-terrorist coalition using airbases in the ex-Soviet central Asian republics of Tajikistan, Turkmenistan and Uzbekistan. Now a benign eye is to be turned on a limited U.S. military presence in oil-rich countries long regarded as firmly within Russia’s sphere of influence.

Others have confronted difficult options and made their choices. Saudi Arabia, which helped to spawn and support the Taliban, has severed its connections with the Afghan regime, completing the Taliban’s isolation.

Pakistan, caught between a diplomatic rock and a military hard place, has made a similar decision, siding with the U.S. despite the connections between its own secret services and the Taliban. Countries like Sudan, longtime opponents of America, have rushed to condemn the atrocities in New York and Washington and to insist they are against terrorism.

French President Jacques Chirac, for a long time one of America’s itchiest critics in the European Union (EU), has been one of the most vociferous supporters of the U.S. since September 11, with his defence minister making it plain France will not shirk from military support.

A resolute declaration from the first that he would stand shoulder to shoulder with the U.S., a gift for finding the right word at the right time and some vigorous shuttle diplomacy has helped to establish UK Prime Minister Tony Blair as a major world player in the crisis, punching above his country’s weight.

Blair's foreign secretary, Jack Straw, seeking without any obvious success to widen support for the anti-terrorist coalition, has become the first British minister to visit Iran since the Islamic revolution which toppled the Shah in 1979. He was swiftly followed by a delegation from the European Union.

Junichiro Koizumi, Japan’s Prime Minister, has been far more vigorous in promising support to the U.S. than many in his country feel the constitution permits.

It has been a giddy diplomatic whirl. Nobody knows how lasting the new diplomatic patterns will prove. Many are ready for some flaking of new alliances once military action starts. And while there is genuine support for the U.S., most know that there is realpolitik behind some of the decisions, as well as sympathy for the suffering of the hijack attack victims.

Blair has long wanted to prove his contention that Britain can be both an enthusiastic member of the EU and enjoy a special relationship with the U.S. The Gaullist Chirac has not been averse to making headlines at the expense of France’s Socialist Prime Minister Lionel Jospin, who is likely to face him in a presidential contest next year.

Russia’s president has long looked for more sympathy over his problems in Chechnya. In the past the West has accused his regime of brutality, indiscriminate bombing and human rights abuses in Chechnya. Now, labouring the bin Laden connection, he will expect the western world to accept his insistence that his Chechen opponents are terrorists of the kind the new worldwide coalition must oppose.

With a visit to the U.S. due in October, Putin also will expect a different tone from President George W. Bush on America's national missile defence plan, an expensive idea which no longer looks quite the priority that some in Washington were insisting it was.

Pakistan and India have already had some of their pay-off for joining the coalition, with the lifting of economic sanctions imposed by the U.S. when they began testing nuclear weapons. The EU has rushed to assure Pakistan that it will dig deep in its pockets to help with the inevitably worsening refugee problem.

But not all the consequences of the new patterns are necessarily a guarantee of a more peaceful world. If General Pervez Musharraf’s gamble fails and if events in Afghanistan lead to a takeover in his country by the fundamentalists, then Pakistan’s nuclear weapons could finish up in dangerous hands. 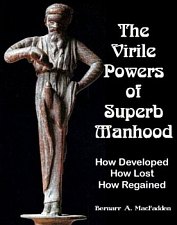