Ian Traynor in Tajikistan and Gary Younge in Washington
Guardian

The US government is pressing its European allies to agree to a military campaign to topple the Taliban regime in Afghanistan and replace it with an interim administration under United Nations auspices.

Diplomatic cables from the Washington embassy of a key Nato ally, seen by the Guardian, report that the US is keen to hear allied views on "post-Taliban Afghanistan after the liberation of the country".

The embassy cable reveals that the US administration is bent on force to evict the Taliban from power because of the shelter it has offered Osama bin Laden, named by the White House as prime suspect for the New York and Washington atrocities on September 11.

The Guardian has also learned that two large US Hercules transport aircraft landed in Tashkent, capital of the former Soviet republic of Uzbekistan, on Tuesday loaded with surveillance equipment to be installed along the northern Afghan border.

The secret landing represented a radical departure since it appeared to herald the deployment of squadrons of US fighters at Uzbekistan's sprawling airfield at Termez, directly on the border. Such a build-up would incur the wrath of Russia which views the central Asian republics as its backyard.

The Pentagon yesterday continued its move to a war footing, with orders for up to 130 heavy bombers, fighters, aerial refuelling planes and other combat aircraft to be deployed around the Middle East and Central Asia region.

The navy has also sent an additional aircraft carrier toward the Middle East region,which along with the air deployment could place up to 500 US warplanes in the Mediterranean, Gulf and Indian Ocean areas.

Tony Blair, in Washington last night to meet Mr Bush, suggested military strikes inside Afghanistan, targeted on Bin Laden's training camps, could come in a matter of days. "These people, if they could, would get access to chemical, biological and nuclear capability. We have no option but to act," he said.

The US strategy to depose the Taliban regime is based on more than military thinking. A further plank appears to entail supporting the campaign of the exiled 86-year-old monarch of Afghanistan, King Zahir Shah, to return to power by encouraging the guerrilla army of the Northern Alliance opposition to fall in behind him.

Diplomatic documents seen by the Guardian show that Washington is funding and organising the travel of several Northern Alliance figures to Rome to confer with the exiled monarch who is expected to call for a revolution.

"The king plans to call on all the Afghan tribes to rise up against the Taliban," the diplomatic cable reported yesterday, citing the advice of the US administration.

US plans to overthrow the Taliban regime were revealed when a senior European politician in Washington this week was told by the US administration that it wanted to hear his country's views on how Afghanistan should be run after the Taliban were defeated and that "closer consultations" were necessary.

The Americans also spoke of a role for the UN in the new "interim administration" for Afghanistan and for the Organisation for Security and Cooperation in Europe in central Asia, without mentioning Nato.

Washington is routinely sceptical of the UN and OSCE, but the key role was seen as an attempt to build as broad a coalition as possible behind the imminent campaign.

The Europeans, Russia, and even China might be swayed by the unusual US inclusiveness, diplomats said. "It's a major change of US policy," said one.

The spying mission in Uzbekistan is also fraught with political risk. The two Hercules could not fly over Iran, but Turkmenistan, the third ex-Soviet state bordering Afghanistan granted permission.

However, diplomats said the Turkmens were less keen to grant overflying rights to US fighter aircraft heading for the Afghan border. 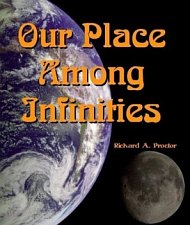