The wife of an Algerian-born pilot accused of training four of the hijackers involved in the 11 September attacks has insisted he is innocent.

In an exclusive BBC interview Sonia Raissi, 25, said she and her husband Lotfi, 27, were horrified by the suicide attacks in New York and Washington.

Mr Raissi was arrested in London on 21 September at the request of the FBI, who believe he has crucial information about the terror attacks in which some 5,000 died.

He has already been charged with perjury - on the grounds he allegedly gave a false statement on a US Federal Aviation Authority application - and further charges could follow, including conspiracy to murder.

Mrs Raissi told the BBC that her husband had nothing to do with attacks and had never met the hijackers.

"We were surprised and shocked at the attacks," she said.

"Lotfi was concerned. He has many friends in America. He called them to see if they were alright.

"I told him this was a crime against humanity and no one could support this kind of action. He agreed completely with me."

She said her husband was not an Islamic fundamentalist and pointed out that she is a Catholic.

"He respects me and my religion, he also respects his own religion," she said.

"He is sentimental, gentle, thoughtful and loving. He could not have been involved in this."

She said her husband had gained his pilot's licence in the US but was studying to convert it into a European licence after moving to the UK a year ago.

Mr Raissi is accused of training some of the hijackers during a visit to the US last year. But his wife said the trip was so she could go to Las Vegas - one of her husband's favourite places.

She said that while they were in the US her husband did some plane simulator training, but only because it was cheaper than doing it in the UK.

She denied that he met any hijackers during the trip and said his arrest had turned their lives upside down.

"I lost my job and they took my husband away. We were living a normal life and all of a sudden they took everything," she said.

"It's not only me, it's the whole family - no one can work. His mum is completely devastated, it's very hard."

Asked if there was ever a moment when she had thought there might be some truth in the FBI's allegation, Mrs Raissi said: "No, never. That has never crossed my mind."

She appealed to the FBI to find the people behind the attacks.

"I want the truth to come out so Lotfi can be proved innocent," she said.

Mr Raissi is on remand and will face an extradition hearing in 10 days time. 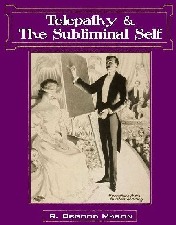