I Had a Dream

I guess David gets a lot of mails with people relating this kind of stuff, but here goes anyway.

I recently had three astral/psychic dreams featuring, in turn, the Bush boys, Clinton and then Blair. The contents are interesting.

This one was the night before Bill appeared at the Labour Party Conference. He popped up in a dream I was having in which I was talking to some other people about parents losing their children. I suddenly noticed Bill sitting nearby and turned to him and asked "Do you think Cathy O'Brien will ever get her daughter back?"

First he looked a bit taken aback that someone had heard of Cathy O'Brien, but then he became downcast and a little ashamed. He said "No, I don't think she's gonna get her back."

Then his face turned red and tears choked up in his eyes. He leaned towards me and said "Every word in that book is true, you know, every word of it." [ie TranceFormation]

I got the feeling that he actually regrets a lot of the stuff he has done! I know it sounds incredible but that was the impression I got - that he is basically an OK guy who got seduced by money, drugs and power and now regrets it.

I then posed the question to him "Who is George Bush snr" - I meant with regard to the reptilian thing, but Clinton didn't understand and looked confused. From this I ascertained that he has no knowledge of that side of things.

I then asked him what he thought of Bush Jnr and he curled up with embarrassment! Say no more.

This guy is a malevolent spirit! I couldn't even converse with him because he was so demonic. Just rocking backwards and forwards laughing like a cross between a demon and joker from batman.

The following night I was lying in bed thinking of the dream again and spontaneously decided to draw some energy off him to see if I could transform it. Big mistake! That night I had nightmares about being possessed by some entity that was straining to burst out of my body and was throwing my body around.

If this dream is in any way accurate then Blair is really the one to watch here - he's a highly malevolent spirit trapped in the body of a smooth diplomatic with a lot of power (bad combination). Now I hear he has his eye on the presidency of Europe when the post is created.....

This is the least interesting so I left it till last. The Bush boys just sat there and didn't say a word when I encountered them. I got the feeling they are just emotionally stunted, little more.

I hope David will find these dreams as interesting as I did. I think the Clinton one was most interesting, but ultimately Blair is the most malevolent out of the lot of them. All the best,
Tang. 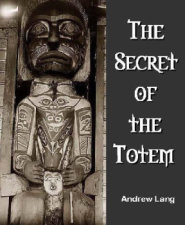