This came off Bill Murphy's paid site. I've talked to Bill in the past. Bill is leading GATA's fight on gold manipulation by the Fed and the court case is due to be heard 10/9 This news is shocking as I've heard nothing on TV or the Net except for this article. Shows the power of the press in keeping news blacked out. September 21 - Gold $290.65 up $4.35 - Silver $4.58 up 8 cents

A wild day. The US woke up to cratering European bourses and plunging US stock index futures. At one point around 6 AM EST, the Dow Jones futures contract was 600 points lower.

The dollar was strengthening, gold was very firm and there was some mention of a bomb threat at Britain's stock exchange.

Around 9, I received a phone call from a Café member whose sister lives in Toulouse, France. She told him that there was an explosion, many were dead, there was a red cloud over this major city and that all the windows were blown out of all the office buildings in the town.

I kept waiting to hear about it on CNBC. Nothing. Waited some more. Nothing. This was most disconcerting to me because the President of France, Jacque Chirac, had just come back from the United States after a meeting with President Bush. The obvious concern was that it was another terrorist attack.

Later on today, I received another call. "Sixty dead and the damage looked like the World Trade Center." The entire country of France was transfixed to the television and they equated it over there to our disaster - not in the number of deaths but to the scope of the damage. There was also much concern because Toulouse is the location of the factory that makes the French Ariane Rockets that are sent skyward in French Guyana. Chirac was on his way to Toulouse to survey the tragedy, I was informed.

Obviously, I have no clue whether this was terrorist related, but it must have shaken the TV networks - as they said nothing all day - at least while the stock market was open. That is the equivalent of French Television not reporting on the US terrorist disasters.

That is why I put out the News Alert.

Meanwhile, the US dollar was going through the roof, but CNBC never explained the reason why. It was odd for the dollar to be so strong because our stock market was getting decimated. Of course, the big shots on Wall Street knew what was going on. It was only for the public not to know.

The gold traders in London knew. Gold was firmly bid the entire day over there. The London PM gold fix was $292.50. After that, the US fix team took over and the cabal made sure that gold closed lower than the FIX in London, as usual. It is disgusting how this can go on an on and no one ever says anything but the GATA camp.

One of your fellow Café members puts it best to sum up the hushed-up Toulouse nightmare:

This is being described as an "apparent accident". You tell me. In a city of a million people where you have an apparent accident in the industrial outskirts of town and officials blocked off the industrial area just south of Toulouse, evacuated schools, closed the airport and subway, rerouted drivers and told people to stay home as a precaution. The city's streets were virtually deserted in the hours after the late-morning blast.

That sounds more like a terrorist strike to me. I think Samuel Huntington is correct: this is a war of civilisations, the West against Islam. In that situation, Europe is in a far more worse position than America. Many more Arabs in the population, much closer proximity to the Middle East, much greater reliance on Middle Eastern oil. This would also explain why the dollar rallied sharply this morning against the European currencies. Safe havens of every kind are being reassessed. Gold might be the only thing to own right now. There is an emergency EU meeting tonight; I suspect that this is the subject. 8 suspects have been arrested today by French police after reports that they were about to attack American targets in the country this weekend. (Note - See article below, which is the only news I have on the French arrests - However this appears to have nothing to due with Toulouse) The Germans have been rounding up people as well and are on the look-out for more, since Hamburg has been a big staging ground for this kind of stuff. In the short-term this means a much stronger coalition between the Americans and the Europeans, but it implies a much more broadly based conflict than perhaps the markets had hitherto suspected.

If this is the case, Europe is much closer to the problem that the US!

Seven held over Paris embassy attack plot
By Harry de Quetteville in Paris
(Filed: 22/09/2001)
SEVEN suspected Islamic terrorists were arrested in Paris yesterday. They were thought to be preparing a wave of attacks on American targets in France, including the US embassy.

Two flats in the suburbs of Paris were stormed by agents from the French counter-intelligence service, DST. Documents, mobile phones and a computer were seized. Two of the suspects are thought to be closely linked to Djamel Begal, an Algerian who was arrested in July as he prepared to board a plane at Dubai.

After his arrest, Begal told investigators that he ran three terrorist cells in Europe belonging to the Tafkir wal Hijra (Anathema and Exile) group, which is thought to be directed and financed by Osama bin Laden.

Begal, 35, who was based in Britain and made several journeys to terrorist training camps in Afghanistan, said the groups were planning a campaign against American interests in France.

The information he supplied was immediately passed to investigators in Belgium and Holland, who put several people in Brussels and Rotterdam under surveillance.

His disclosures also prompted intense security activity in Paris, where suspects were tracked as they apparently made a series of reconnaissance trips to potential targets.

The co-ordinated surveillance operation fell apart after last week's attacks on the World Trade Centre and the Pentagon.

Belgian and Dutch police rushed to arrest the suspects they were monitoring and recovered 28 fake passports and plans of the American embassy in Paris.

The arrests were said to have infuriated French anti-terrorist magistrates who wanted to continue the surveillance operation and gather further evidence.

Jean-Louis Bruguiere and Jean-Franois Ricard went as far as to travel to Brussels on Monday to argue for better co-ordination with their Belgian and Dutch counterparts.

Despite the arrests in Holland and Belgium, M Bruguiere and M Ricard decided to continue surveillance on the third Tafkir wal Hijra gang based in Paris.

They were forced to order yesterday's raids after the newspaper Le Monde published an article revealing the arrest of Begal in Dubai, which had previously been kept secret. M Bruguiere is in the United Arab Emirates to question Begal.

One magistrate yesterday described the report as "untimely and irresponsible" for tipping off the suspects that their co-ordinator had been captured. According to police, one of those arrested had packed his bags in preparation to flee the country.

Begal's links to suspected terrorist gangs in Europe were further underlined yesterday when it emerged that he had shared a flat in Paris with Nizar Trabelsi, a Tunisian who was one of those arrested in Belgium last week.

Police raided the apartment which the men shared two years ago at 1.30am yesterday, without making any arrests. On Monday, Trabelsi's Moroccan girlfriend was arrested in Corsica. She was released on Wednesday.

In recent weeks, investigators around the world have begun to uncover the extent of Franco-Algerian involvement in Islamic terror groups.

Key suspects include Zacarias Moussaoui, an Algerian in the French town of Narbonne, who was detained in Minnesota in August.

At the time of his arrest he was learning to fly a jumbo jet but, according to instructors, showed no interest in take-off or landing procedures.

SAHARASIA:
THE 4000 BCE ORIGINS OF CHILD ABUSE, SEX-REPRESSION, WARFARE AND SOCIAL VIOLENCE, IN THE DESERTS OF THE OLD WORLD

SAHARASIA: A controversial "Marriage of Heresies" over 10 years in the making, will change forever your way of looking at the world, your home culture, and current events.

Back to European News Menu
Back to News Archive Menu 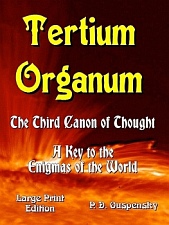